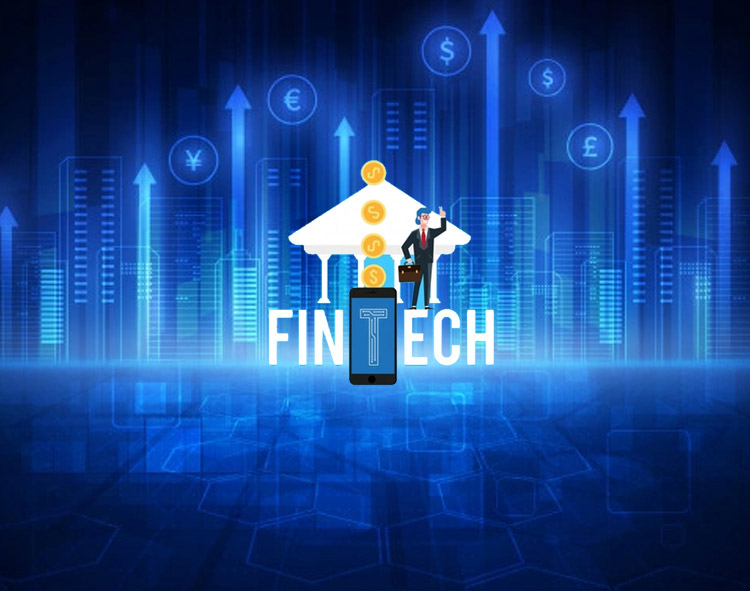 The growth in digital payments and digital commerce is driving the expansion of fintech. Banks, lending platforms, and other financial institutions are finding ways to use the new technologies to transform their offerings.  As more fintech companies are attracting the attention of investors and reforming the sector with creative innovations, there have been a fair number of inspiring success stories. Here are some who have not only survived but thrived because of their innovations.

Take a look at some of these success stories from the global fintech marketplace:

Ant Financial Services Group is an affiliate company of the Alibaba Group. Ant Financial was founded in 2014. The company was initially known as Alipay and was the leading third-party payment system around the globe. Alipay was formed with a purpose to enable a trustworthy payment system for Taobao – Alibaba’s e-commerce website. In 2003, when eBay announced its plan to enter the Chinese market, Alibaba founder Jack Ma decided to take over the consumer e-commerce space. When he realized the several payment problems that come with an online transaction, they came up with Alipay to facilitate checkouts via “quick payments”. Today, Ant Financial runs Alipay, Ant Fortune, Ant Financial Cloud, and other financial services. Together, Ant Financial and its affiliates offer services in wealth management, credit reporting, private banking, payments, and cloud computing. Its business value was estimated at a whopping $150 billion in 2018.

Founded in 2006, Adyen’s journey started from being a Dutch startup to a leading fintech company with more than 15 offices around the world. Adyen was born from envisioning a platform that would work across borders and perform all payments seamlessly and should have the ability to operate in any mode – online or offline. Today, Adyen offers a platform that enables retailers to accept payments, not only from customers using Visa, Mastercard and Amex cards but also via alternate payment platforms like Apple Pay, Google Pay, and Paypal. Adyen is said to have a smart analytics system that helps merchants to reject potential fraud. Even though Adyen is a leading platform now, it keeps identifying the latest payment methods to stay ahead of the game. Some of its customers include renowned global brands like Facebook, Uber, Netflix, Spotify, L’Oréal, Burberry, Symantec, and Microsoft.

Funding Circle is a P2P lending platform founded in 2010 by Samir Desai, James Meekings and Andrew Mullinger. When they learnt about the challenges that small businesses face to borrow and the lack of transparency for borrowers, as well as the low returns that savers got for their money, they came up with the idea of Funding Circle. During the first year, they struggled huddling over the phones in a small office over a waffle shop and managed to collect £2 million worth of loans. They approached the problem with keeping customer experience in mind and offered a transparent way of getting loans. Today the company operates across US, the UK, Germany and the Netherlands. They have a track record of high quality underwriting of SME loans and are helping over 57,000 small businesses and providing investments for over 80,000 lenders.

Coinbase is an American company that facilitates buying and selling of crypto currencies. It was founded in 2011 by Brian Armstrong. In 2012, co –founder Fred Ehrsam joined after which Coinbase launched services to buy, sell, and store bitcoin. The company currently operates in more than 32 countries. Brian first realized his attraction towards crypto when his employer used to send money to landlords with high fees and long delays. In 2010 he came across a book from Satoshi Nakamoto, that proposed bitcoin as an underground currency. Armstrong took a leap of faith on bitcoins, buying $1,000 worth at $9 a coin. The price sank to $2 but he did not lose his faith. Later Armstrong wrote code in Ruby and JavaScript to buy and store coins. In 2012, he founded Coinbase, since then Coinbase gradually received fundings and today is the leader in bitcoin transactions.

Rod Drury founded Xero in 2006. The company started in an apartment where they accessed wifi from a nearby café. Rod Drury always felt that financial software were so hard to actually extract information from and wanted to change the world by building a new suite of accounting software from scratch without any preconceived ideas from existing players of how it should look, feel, and act. Today, there are about 600 certified apps, and 40,000 developers now connecting to the Xero platform. Xero has 2 0,000 or 30,000 accounting firms, and over 100,000 accounting professionals, using its services. Xero’s efforts are directed towards giving accountants new skills for them to be able to help businesses grow.

SoFi (Social Finance) was founded in 2011 by Mike Cagney, Dan Macklin, James Finnigan, and Ian Brady, four students who met at the Stanford Graduate School of Business. With a goal refinance student loans, making it easier for students to fund their education. They started with using an alumni-funded lending model to connect recent graduates with the alumni in their community. In 2012 SoFi became the first company to refinance student loans. By 2014 SoFi extended their services with products like mortgages and personal loans and soon it became the first company to receive a $1billion funding round. SoFi, in 2019, launched SoFi Money and SoFi invest. Since its inception, the company has refinanced over $50 billion loans and has over 1,000,000 members.

Avant is a Chicago based fintech company established in 2012 by Albert “Al” Goldstein. The idea of Avant came up when two friends John Sun and Paul Zhang who wanted to build a digital debt management platform and needed money to cover their personal expenses approached the bank for loan but faced rejection. After facing several rejections they approached Al Goldstein, who they had met while interning in his other start-up. When the three of them realized the challenges faced middle income customers, they started AvantCredit in 2012 (its name was shortened to Avant in 2015). By 2015 the company raised over $1.4 billion in investments and provided $1 billion in unsecured personal loans to consumers. It was also ranked #6 on the Forbes list of America’s Most Promising Companies and made the Forbes list of the Next Billion Dollar Start-ups. Today, Avant has streamlined the online borrowing process and helped over 800,000 people get the funding they deserve.

Pitchbook, a leading financial data and technology company, it was founded in 2007 by John Gabbert. Pitchbook is said to have started in a 200 square foot, windowless office where John was pursuing his idea of a database that covered private equity. The company provides information about private and public equity markets. The core product that Pitchbook offers is PitchBook Platform, a subscription-only database with analytical tools. PitchBook collects and analyzes detailed data on the entire venture capital, private equity and M&A landscape — including public and private companies, investors, funds, investments, exits and people. The company’s data and analysis are available through the PitchBook Platform, industry news and in-depth reports.

Klarna was founded in 2005 by Sebastian Siemiatkowski, Niklas Adalberth, and Victor Jacobsson. The vision behind the platform was to make online payments easy and secure. It all began when a “Shark tank”-style pitch competition was held at the Stockholm School of Economics. The pitch of “Buy now, pay later” by the founders of Klarna came last in the competition. After the competition was over, a man came up to Sebastian and encouraged him to follow their pitch saying “banks will never do it”. The name of the platform was Kreditor Europe and was rebranded to Klarna in 2009. In 2017 Klarna’s banking license was approved, it became Klarna Bank AB. Today, in 2020, Klarna is active in 17 markets across 3 continents, has over 85 million consumers and more than 200,000 retail partners and has processed more than $35bn in payments.

Square Inc. is a fintech company founded by Jack Dorsey (founder of Twitter) and Jim McKelvey in 2009. They launched their first service and app in 2010. The inspiration that led to finding Square was when Jim McKelvey was unable to complete a $2000 sale because he could not accept credit cards. They then started developing the company out of a small office in St. Louis and the name ‘square’ was derived from company’s square shaped card readers. Square started with providing reasonable POS options to merchants through their credit card readers. In 2013, Square launched Cash App, originally called Square Cash, in 2015, the firm launched Square Payroll, in 2015 Square began allowing merchants to develop custom interfaces via APIs. In 2020, the company received an approval from FDIC and plans to launch small business-focused Square Financial Services in 2021. 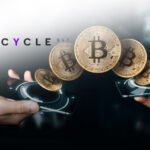 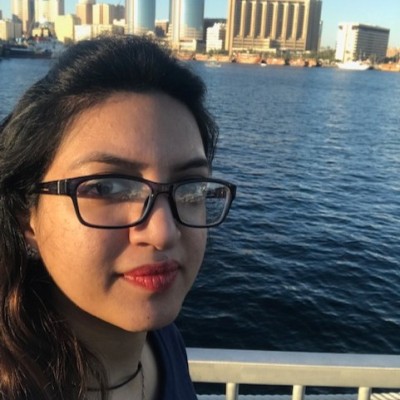 Tanika is a social media/content marketer with a brief stint in the banking industry, she helps collate trending news for GlobalFintechSeries while enabling creative social media tactics to engage with the audience. 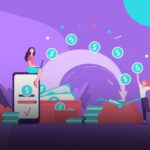 Mobile Banking Apps (Made For!) Millenials! 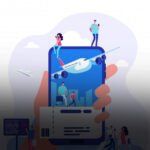 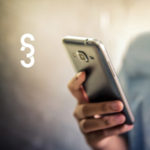 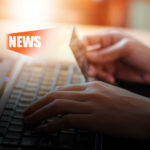 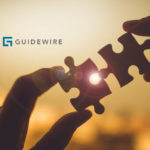 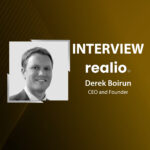 GlobalFintechSeries Interview with Derek Boirun, CEO and Founder at Realio 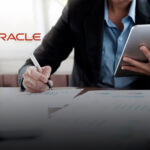