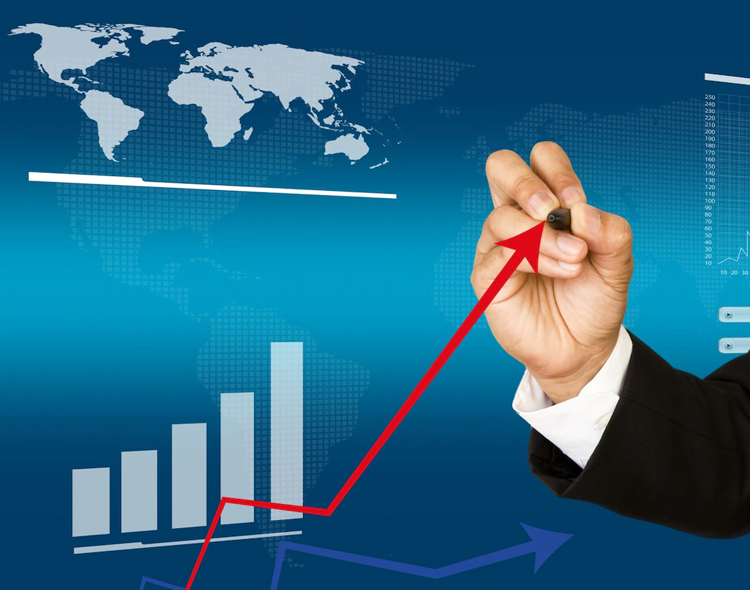 Feeble growth accompanied by uncertain developments have led us into another economic recession. Just when the world was recovering from the Post-COVID damages, new kinds of challenges emerged to push back economic revival. Following a tumultuous few years, economies around the world are bracing themselves for a possible recession. With the World Bank downgrading its global growth forecast to 2.9%, many commentators see a global economic downturn as more of an inevitability, rather than a possibility. In response, SEON has released a new report, which examines how this unwelcomed scenario might affect levels of online fraud, as well as other forms of fraudulent activity and how businesses can best respond to the challenge.

People, technology and agility in fraud

There are three major factors contributing to increase number of frauds during economic recession. These are people, technology and agility. People, because they are part of the fraud detection team. This team is responsible for identification, analysis and reporting of fraud activities. They are often the first to be fired during recession. With less people, fraud rates go up! According to a report from ACFE, analysts were able to establish relationship between economic recession and fraud rates.

Why fraud increases during an economic recession

Secondly, technology becomes costlier during recession. So, only companies that are able to buy and manage technology buy-ins or outsource their fraud prevention frameworks are able to prevent crime. Unlike AI and automation, that has allowed a level playing field to everyone, the cost of adoption and deployment of Fintech anti-fraud systems are still out of reach of most fintech players, including cooperative banks and small scale loan processing companies.

Thirdly, agility is the ability of an organization to quickly adopt to any new technology or solution without making drastic changes to its existing IT infrastructure. However, the rise of Cloud and AI technologies require elaborate preparation and execution at all levels of managerial stacking, including hiring of people and training them to handle new-age technologies for fraud prevention. So, it becomes a vicious cycle of sorts. During economic recession, with cost-cutting on top of every business owner’s mind, paying for people, technology and agility may prove to be a killer blow. Fraudsters understand this, and that’s why they are able to scale their fraudulent activities to perfection.

SEON’s latest report, which is entitled ‘Global Recession Fraud’, assesses how economic downturns impact fraud rates, and identifies what businesses can do to ensure they’re protected against this threat. Using existing data sets compiled by the Association of Certified Fraud Examiners, as well as the Internet Crime Complaints Center, SEON makes the case that businesses across the globe should now plan for an impending uptick in online fraud attempts, which may begin happening on a larger scale than ever before.

The different types of financial frauds during the economic recession are:

Loan fraud or mortgage fraud incidents have increased significantly in the last two years. COVID lockdowns  and the resulting economic recession have created uncertain market condition for fraudsters to thrive in. This happened in 2009 too!

In order to avail loan benefits and subsequent refinance options, borrowers are often to be indulging in fraudulent practices, which includes sharing wrong personal information, over-evaluation of their loan repayment capabilities, and so on. When left undetected, smaller loan frauds can decimate the whole economy by turning into large scale scams.

Also called as loan stacking, finance stacking is practiced by fraudsters to deceive lenders into letting out loans at higher rates. Fraudsters apply for multiple loans in a very short period of time with no intent to payback. Micro-lenders, loan service managers, and startups are at maximum risk when it comes to loan stacking scams.

Synthetic ID fraud is the fastest growing illegal activity in the fintech world. Technology is only able to detect and prevent 5 percent of the synthetic ID profiles that apply for loans or investments. With fraudsters exploiting loopholes at unprecedented magnitude, it is becoming overwhelming for KYC detection software to keep track of all ID parameters before actually distinguishing a real human applicant from a synthetic ID.

Speaking on the report, PJ Rohall, Head of Fraud Strategy & Education at SEON commented: “It’s vital businesses recognize that multiple factors drive fraud attacks, therefore elements outside a global recession can have an impact. However, given the correlation between a rise in online fraud and periods of economic downturn, we wanted to investigate how a recession can impact businesses facing digital fraud. Our new report outlines this impact and provides businesses with some key tips to ensure they’re staying safe online.”As well as establishing the link between periods of economic uncertainty and increases in online fraud, the ‘Global Recession Fraud’ report examines some of the nuances related to fraud during times of economic hardship. Notably, the report details how many smaller businesses often reduce spending on online fraud prevention and cybersecurity during times of recession. Unfortunately, this trend will not go unnoticed by fraudsters, thus further increasing the risk to such businesses in this difficult moment.

Companies like SEON are offering rapid integration and pay-as-you-go flexibility. This provides easily accessible and robust fraud prevention tool that can be onboarded by companies of all sizes in a frictionless and efficient manner. In doing so, SEON can help companies with lower margins to tackle online fraud effectively, even in moments of economic strife. It’s part of the reason why the company has served over 5,000 merchants since its inception.

“We’re Banking On You”: Albert Launches Albert Cash Out Of Beta, Bringing Personalized Banking And Advice To Everyone

Temenos Transforms Banking with The Temenos Banking Cloud to Accelerate SaaS and AI Adoption With Instant Access To Sandbox, Banking Services, And Marketplace