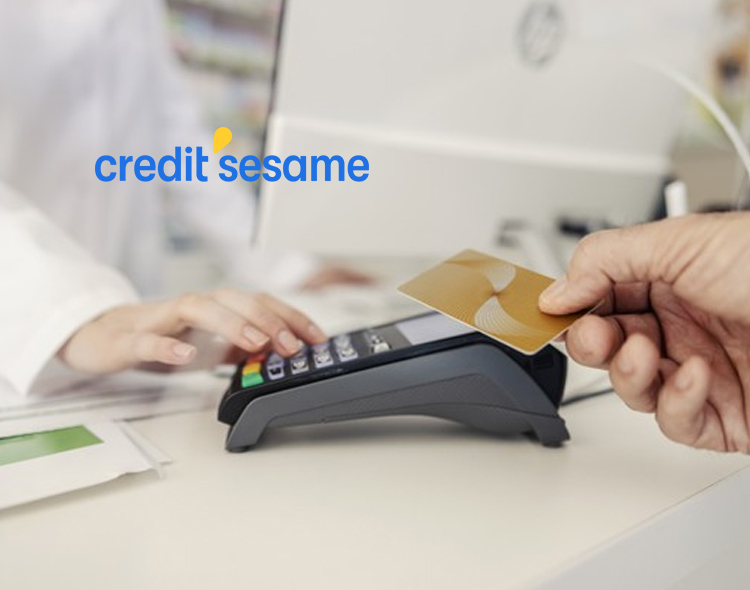 Financial wellness platform Credit Sesame announced a new credit building technology through its digital banking service, Sesame Cash, that allows consumers to use their cash to establish and build credit quickly and rewards them with cash when they do. With this announcement, Credit Sesame unlocks a new way for consumers to build their credit through responsible use of their Sesame Cash debit card without falling into further debt, ultimately helping to close the credit chasm and create broader inclusion for the roughly 44 million Americans that are invisible to the credit system. Customers with early access to the new technology improved their credit scores by as many as 71 points in as little as two months.

Breaking into the credit system, or out of the poor credit cycle, can be difficult and take years. With over 50 percent of all transactions happening with debit cards, especially among the younger generations, a significant portion of the American population has insufficient credit history or a poor credit score. In a recent survey of 5,000 U.S. consumers, Credit Sesame found that 72 percent of those with no credit or a thin file don’t have traditional financial products including checking or savings accounts, mortgages, auto loans or credit cards, putting them at a significant disadvantage when it comes to participating in the U.S. financial system or even making everyday purchases.

For the first time, Credit Sesame is facilitating financial inclusion for those new to credit with a fast, simple way to build credit by using their debit card. With this new credit builder banking service, Credit Sesame is taking a giant leap towards helping its 16 million customers achieve their number one goal: establishing and growing their credit. This is especially powerful for younger Americans, new immigrants, or those with inactive or thin credit files. Good credit is a core component of financial wellness, especially since more than half of Americans live paycheck to paycheck with very little savings and a high reliance on credit for survival.

“We have long believed in the need for equal opportunity and inclusion in our credit and financial system,” said Adrian Nazari, CEO, Credit Sesame. “Now, the cash consumers have and the daily debit purchases they make can help build the credit score they deserve. Credit Sesame is proud to lead the way and bring new solutions and greater financial inclusion to the industry by allowing consumers to use their cash to build their credit in a quick and simple way and pave the way for all consumers to access credit.”

With this new technology, Credit Sesame is unveiling the first and only debit card that:

Credit Sesame will report the cash consumers have for credit building, along with aggregated purchases, utilization, and on-time payments to major credit bureaus, establishing a baseline of credit and fast-tracking good behavior into building a better credit score.

The Sesame Cash credit builder opens doors to countless new opportunities that come with an improved credit score, like lower interest rates on auto loans, qualifying for a mortgage to buy a home, or renting in their neighborhood of choice. Almost all (94 percent) Americans with poor credit (scores between 300-549) can identify how their credit score has hurt them — 28 percent can’t rent the apartment they want, 22 percent can’t lease a cell phone, and 14 percent have missed out on a job opportunity due to issues with credit. For those without credit, credit builder can offer a way to break in and ease the mental and emotional stress that can accompany being shut out of the system: 31 percent of Americans who have no credit or a thin file are fearful and uncertain about the future because of their credit score, and 3 in 10 aren’t trying to get into the system —they’ve given up. Almost a third (28 percent) of those in this cohort say they never had a chance to build good credit — the system was stacked against them from the beginning. Better credit can also mean significant savings. For example, someone with a fair credit score (580-669) could end up paying almost $5,000 more in interest rates on a $21,000 auto loan, compared to someone with a very good credit score (740-799).

“Some challenging life circumstances left me with no credit. I spent years paying cash for everything, and was constantly worried about being able to care for my kids,” said Joseph Cruz, an early-access user in Texas whose credit score increased by 58 points in two months with the Sesame Cash credit builder banking. “Today, thanks to Credit Sesame, I can walk into a store with the confidence to know I won’t be denied a purchase—and I just got approved the other day to finance a washing machine. This has truly opened doors for me. I just needed someone to give me a chance.”

Credit Sesame is one of the first fintech companies to implement credit-building tools using consumers’ cash and alternative data points to fast-track credit building. By using AI and harnessing the data of consumers’ cash, spending, and existing behaviors, such as on-time bill or rent payments, Credit Sesame can now help consumers establish a strong credit foundation and help those who have otherwise been left out from the credit system or struggling to build their score.

Credit Sesame announces its new credit builder banking service on the heels of recently announcing $51 million raised in growth capital, an acquisition of rent reporting platform Zingo, and surpassing one million Sesame Cash customers. The company’s success has been rooted in the value millions of consumers have been deriving from its free platform in recent years. Sixty-one percent of customers see their credit score improve within the first six months, and 20 percent see their credit score improve more than 50 points in their first six months.

The Sesame Cash credit builder is currently rolling out to limited existing customers in beta and will be available to the general public soon.

Latinia Invests In Fintech Company Ábaco To Boost Financial Inclusion In The...