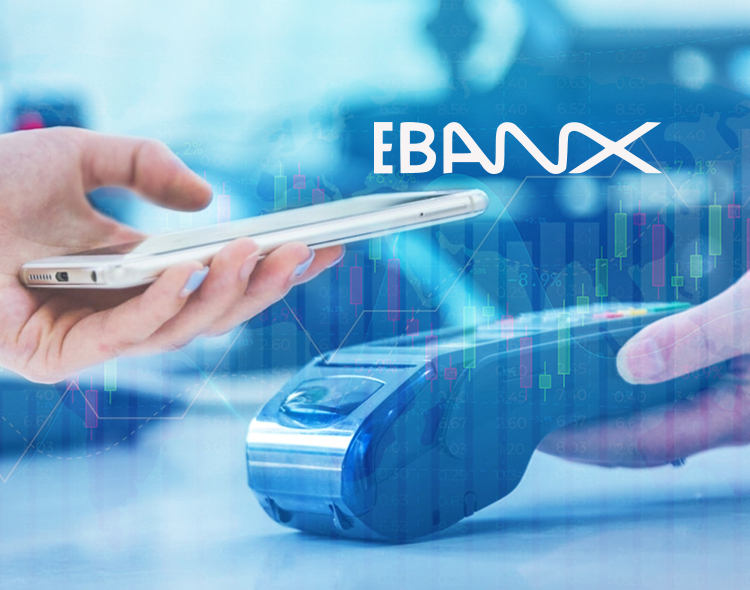 In Latin America and Africa, the world’s two fastest-growing regions for digital buyers, new business opportunities are fueling payments innovations. Other key findings of EBANX’s study: cross-border digital commerce is booming across LatAm through 2025; and travel is leading a comeback

EBANX, a fintech company that specializes in international payments in rising markets, released its annual Beyond Borders 2022/2023 report. This year’s study – a bellwether for tracking online consumer behaviors, fintech and payments innovation, new trends, and business opportunities in emerging markets – is the first to cover 15 countries across Latin America in addition to some of the fastest-growing African countries in digital commerce. It relies on multiple trusted sources to provide meaningful insights –  including internal EBANX data and fresh research and analysis from Americas Market Intelligence (AMI).

“The rapid growth of digital commerce in rising markets such as Africa and Latin America – the two regions with the highest CAGR of digital buyers in the world through 2025 – is being catalyzed by payments innovations that are breaking the mold. The future of payments in these regions is decidedly alternative and instantaneous,” said Paula Bellizia, President of Global Payments at EBANX. “Global merchants hoping to cash in on some of the world’s biggest growth opportunities in 2023 need to understand local payment methods and consumer preferences to win in these rising regions that are leaping over more traditional, established payment systems and embracing alternative payments.”

As an example of the explosion in alternative payment methods (APMs) in Latin America, account-based transfers – which include instant payments from Brazil’s wildly successful Pix and Colombia’s fast-growing PSE – have been nearly doubling in volume (86% CAGR) every year in LatAm’s digital commerce sector since 2018, per the latest data analysis from AMI. By the end of 2022, account-based transfer is expected to reach about USD 70 billion in volume, with the most significant shares in Colombia (30% share of the country’s e-commerce), Brazil (24%), Guatemala (11%), Bolivia and Chile (both 10%). By 2025, this type of APM in Latin America should reach USD 121 billion in volume after growing at a 33% CAGR.

Another fast-rising APM, digital wallets are expected to grow in usage by about 20% per year through 2025 across the region’s digital commerce landscape, driven most notably by an uptick in Latin Americans’ demand for digital services where they register their largest share. Within that same time frame, AMI forecasts e-wallets’ payments volume will surpass USD 70 billion, or approximately a 10% share of LatAm’s entire digital commerce market, with Argentina and El Salvador leading the way, having a 23% share of their respective digital commerce markets being paid with e-wallets, followed by Bolivia (14%), Peru (13%), Uruguay (12%), Brazil (11%), and Mexico (8%). Due to their instant confirmation, good user experience, and rewards/cash-back programs, digital wallets are especially popular with streaming entertainment and gaming enthusiasts.

The Beyond Borders study also shows how Latin America, a region where installments have been very popular since the 1980s, has been adopting BNPL solutions in digital commerce. A global trend on the rise, BNPL is expected to reach USD 400 billion in digital commerce transactions by 2026 globally. In Latin America, it is in its early stages when compared to traditional installments, however, it has a 300% growth year over year in 2022 and it should keep pace, tapping into the region’s diverse payments landscape and standing as an alternative to consumers who don’t have a credit card or a high enough credit limit but want to split their payments.

“The meteoric rise of alternative payments in LatAm is a direct consequence of financial inclusion and consumer preference for the new, instant payment technologies across the region,” said Juliana Etcheverry, Director of Strategic Payments Partnerships at EBANX. “We are seeing a similar phenomenon via a different set of APMs being adopted quickly in Africa, the next big frontier in digital commerce, which is the world’s largest mobile money market (70% share, per a GSMA report). In Africa, with a population of more than 1.3 billion people, digital, alternative payments are expected to speed up digital commerce. The digital-consumption acceleration in rising economies doesn’t lie with credit card’s growth, like we see in more mature markets.”

Meanwhile, cash-based payments seem to be reaching a plateau in Latin America’s digital commerce sector, after years of intense digitization. In 2018 cash-based payments represented almost 20% of online purchases in the region, and now they account for only 8%, per AMI. This is a sign that cash is moving to digital and its traditional adoption, with vouchers used to pay with cash, should decrease in the upcoming years.

Other key findings from the Beyond Borders 2022/2023 study include:

The cross-border online market in Latin America is back on its high-growth track: in 2022, almost 75% of Latin Americans have bought online, and this share of the digital market is expected to expand almost 45% by the end of the year – nearly 10 percentage points higher than the domestic digital commerce’s (36%), according to AMI. This trend should continue to be true over the next several years, with international online sales in LatAm accelerating at an average of about 34% per year through 2025, above the overall digital commerce growth of 25%.

“Latin America accelerates above global averages in all digital verticals, and the region has a very interesting combination of good cross-border share while keeping high growth rates: while smaller markets have the largest cross-border portion of their overall digital commerce, like Paraguay, El Salvador and Panama, it’s in the largest markets like Brazil, Mexico and Colombia that cross-border grows the most,” said Etcheverry.

With so many major challenges to address – from banking to online security to healthcare – the SaaS/cloud market in LatAm was already one of the fastest-growing in the world last year. Adding more fuel, new regulations such as eFX in Brazil – which allowed financial institutions to process foreign exchange transactions up to USD 100,000 with immediate settlement and through an e-commerce platform – are expected to push new solutions and business models for “macro payments”.

The B2B market for SaaS/cloud has become a mega-opportunity in Latin America, with a projection of almost 30% annual growth through 2026, per EBANX calculations based on IDC and Statista’s data. With an average value of USD 45,000 today for a B2B SaaS contract purchase in the region, these high-ticket items are about 80% of the total SaaS/cloud online payments volume in LatAm, versus 20% of the B2C SaaS/cloud services.

“LatAm is seeing a strong expansion of cloud services for companies, directly linked to the digital market expansion and the evolution in the payments ecosystem. We see a similar trend in Africa, a region where the SaaS/Cloud vertical is the one that grows the most and at a faster pace than the global rate as a result of the bloom in the digital economy and the improving payment-processing landscape in the past few years,” said Erika Daguani, VP of Product at EBANX. “The payments innovation created within both regions is helping to foster the B2B SaaS/cloud industry in their markets.”

3) Alternative payments for creators, streaming and gaming are all on the rise

Latin Americans spend more time online than anywhere else in the world – including gaming, social media, streaming entertainment, and more. This societal trend has created a multi-billion dollar business opportunity: the payout volume for influencers, streamers, and gamers in LatAm should grow at 60% per year to reach USD 61 billion in 2025, according to AMI. Most of these payments, especially for nano-influencers and social-media rewards, are low in value (a.k.a. micropayments).

“In the past, with few localized, low-cost, fast payout options, Latin Americans have struggled to buy in-game merchandise or receive money as content creators in an easy, convenient, and transparent way. These smaller micropayments were too expensive because transaction costs were often more than the payment’s value, and it took too long to transfer,” said Daguani. “The APMs rising in popularity like instant transfers and e-wallets, have the instantaneity, quality user experience, and low cost needed for micropayments to be done in a seamless way. With EBANX, the vast majority of payouts done with APMs are confirmed in less than 10 minutes, with a 93% approval rate, and the average ticket value is only about USD 7 today.”

Following several years of declining business due to the pandemic, the travel sector in Latin America is making a big comeback. According to the latest forecast from the World Travel & Tourism Council (WTTC), the Latin American overall travel sector is expected to return to pre-pandemic levels by 2023, after expanding by 28% in 2022.

Considering online purchases only, the growth for 2022 is much higher at 45%, and the highest growth rates in Latin America should be registered by Guatemala and Ecuador with more than 200% annual growth in 2022, followed by Chile (75%), Bolivia (61%) and Colombia (44%), per AMI.