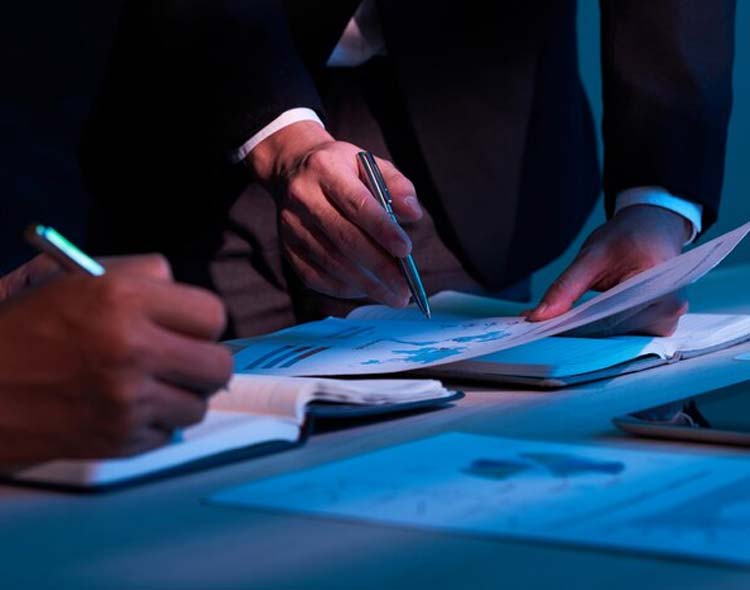 Blockchain technology is disrupting an endless number of industries, but none more than the world of finance, a moribund market that for decades seemed mostly unmovable as big banks were in complete control. Then along came the decentralized ledger of blockchain, which leveled the playing field and tore down the barriers insulating the oligopoly by offering the potential to transform all types of financial transactions from remittances to capital formation. For the first time ever, blockchain technology makes it possible for global financial systems to be interconnected, secure, and accessible, as well as fast, cost effective and efficient. This has opened new market opportunities being exploited by customized blockchain payment solutions provider GreenBox POS. Other companies are also focused on strengthening their unique positions in the burgeoning financial tech (fintech) market, including Fiserv Inc., Fidelity National Information Services Inc., Block Inc. Class A  and Global Payments Inc..

Derided by some not long ago as a misunderstood derivative of cryptocurrency, blockchain is now a mainstream technology that is upending the conventional finance world. The name blockchain is derived from individual pieces of data being recorded on immutable “blocks” that are linked together through a “chain,” or publicly accessible network. The blocks can include any type of data, including transaction details about money being exchanged, and are uniquely identified with unchangeable code.

These qualities make blockchain technology a serious threat to big banks that have been slow to adapt because a decentralized ledger allows two parties to transact without a financial services middleman, which cuts them out of the picture. In a world that is becoming increasingly digital, there is a lot at stake now and in the future. Mordor Intelligence puts a transaction value of the global digital payments market at $5.44 trillion in 2020 and forecast it to climb 11.21% annually to reach $11.29 trillion by 2026. Blockchain technologies also can provide an affordable solution to the 1.7 billion unbanked people in the world that contribute to the roughly $500 billion transferred internationally each year through personal remittances.

The company is on its third generation of its eponymous product, effectively optimizing and vertically integrating earlier generations to create a robust ecosystem free of any barriers to scale, replacing individual products with their end-to-end solution. As such, GreenBox is the only payment card industry (PCI) level 1-compliant blockchain payment solution. PCI defines level 1 as a merchant that processes more than 6 million transactions annually. This is particularly important with the understanding that GreenBox earns revenue from each transaction (usually 2%–3%), so having leading merchants as clients drives the top and bottom lines.

Since July, GreenBox has been aggressive in its M&A growth as a part of its overarching strategy. First up was the acquisition of ChargeSavvy, a fintech specialized in retail payment processing and point-of-sale (POS) systems. ChargeSavvy was a synergistic bolt-on that brought GreenBox a comprehensive POS system complete with biometric technology and fraud detection that dovetailed perfectly with its blockchain ledger and stablecoin technology, with the added perk of a large merchant client portfolio assembled over ChargeSavvy’s nine years in business.

Only days after closing the ChargeSavvy deal, GreenBox announced a memorandum of understanding to acquire Transact Europe Holdings OOD, the single entity shareholder of Transact Europe EAD (TEU). TEU is a European Union-regulated electronic money institution headquartered in Sofia, Bulgaria, one of the fastest-growing markets in the fintech industry. A principal level member of Visa, TEU is a worldwide member of MasterCard, a principal member of China UnionPay and part of the SEPA Direct program, a pan-European Direct Debit system that allows merchants to collect Euro-denominated payments from accounts in the 34 SEPA countries.

Just this month, GreenBox inked another deal, agreeing to acquire Roark Holdings Ltd, a United Kingdom-based licensed payment institution that allows the licensor to process debit and credit card and local payments within the UK. The acquisition brings additional infrastructure and cutting-edge software under the GreenBox umbrella that are instrumental in the long-term growth vision. GreenBox anticipates to soon be onboarding and processing merchant businesses throughout the country.

While the finalization of the acquisition of TEU (which is pending regulatory approval from the Bulgarian National Bank) and Roark Holdings are hammered out, the acquisition of ChargeSavvy is already paying dividends for GreenBox. In August, GreenBox hit an important milestone by processing more than $1 billion in transaction volume for the year, representing a nearly five-fold increase in total processing volume for all of 2020. This month, GreenBox released preliminary unaudited results for the full year, which showed $1.95 billion in transaction volume, a stunning 800%+ increase from $202 million in 2020.

The surge in processing volume directly translates to revenue for GreenBox. For the year, the company reported revenue of $26 million, up an eyepopping 200%+ from $8.5 million in 2020. In the words of the company, the focused efforts undergirded the remarkable growth while also positioning “the company for further expansion across a myriad of verticals in 2022.”

Looking exclusively at ChargeSavvy, the POS company reportedly recorded its best quarter ever during the fourth quarter of 2021. The retail division saw an average increase of 166% compared to the same period of 2020 with increased efficiencies now completely integrated in the GreenBox ecosystem.

Add ACH Into the Mix

The ACH Network is a massive addressable market for GreenBox. Nacha reported that the network in 2020 processed 26.8 billion payments, marking the sixth consecutive year of adding 1+ billion in new payments. ACH payments involve a wide swath of money transfers, including bills, paychecks, dividends, person-to-person, charities, and much, much more to the tune of $61.9 trillion in processed payments in 2020.

Since initiating its new program, GreenBox clients committed to more than $50 million in monthly ACH processing, with the number steadily rising. Typical transactions average about $150, which nets margins in the range of $0.20–$0.30 per transaction for GreenBox, or approximately $66,667–$100,000 per month based on $50 million. There is additional upside insomuch that GreenBox can also serve clients in higher risk categories, which boosts margins by 20 to 30 basis points per transaction.