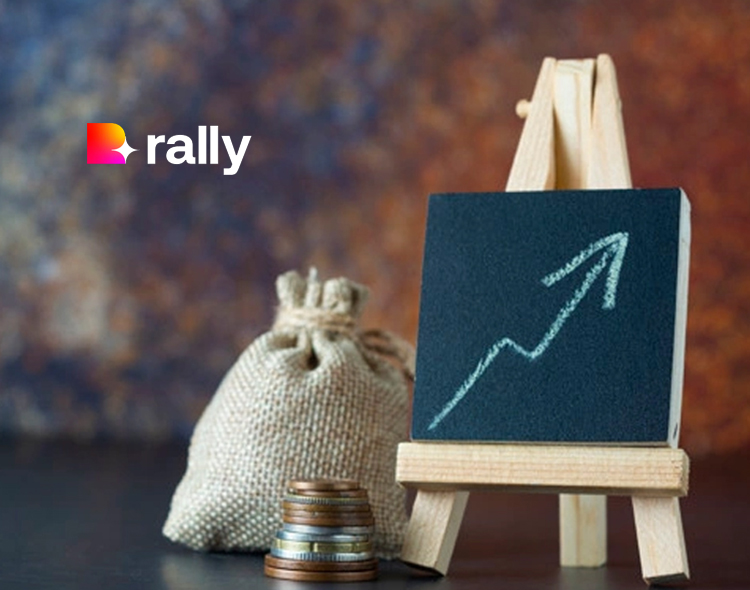 Rally, a leading crypto platform for creators, announced that it is committing approximately $12 million in $RLY tokens from it’s community-approved budget to third-party developer grants to expand the functionality of social tokens and NFTs purchased by fans from their favorite creators on the platform. Rally is facilitating the election of a community developer-led council to support the distribution of these grants.

The first recipients of Rally third-party developer grants were Bonfire, Dave Young (creator of the $PLAY coin on Rally) and MintGate. Nearly 2 million $RLY tokens were distributed to these three developers. The community passed previous proposals to grant approximately $500,000 USD worth of $RLY tokens to $PLAY, $250,000 worth to Bonfire, and $11,800 worth of $RLY to MintGate.

“Our ecosystem of external developers is what sets Rally apart when it comes to launching social tokens and NFTs,” said Stephanie Pereira, VP of Creator Success of Rally. “Projects like Ethereum have shown that true value in the crypto ecosystem is achieved by distributed networks of developers building tools and functionality on top of network infrastructure. The Rally community has recognized and rewarded the contributions of these three teams and plans to distribute more grants over the coming months.”

Read More: DIA Deploys Open-Source Oracle on Celo to Fuel Development of New Use Cases on the Mobile-First Network

Rally helps creators launch personal cryptocurrencies — also known as social tokens — and NFTs with their communities. Using tools built by a combination of Rally and third-party-developers, these creators can create utility for their coins and NFTs across the web. The Rally API has a number of endpoints that are public, some of which are public. Anyone can use the API to access the full list of creator coins on Rally, their prices, a full history of NFTs have been published and who owns them. With a developer account, you can access a webhook to listen to transactions.

Creators are already using the integrations built by Bonfire and $PLAY. Bonfire has developed a suite of tools for creators, making it easy for them to distribute coins during live streams, distribute unique discount codes, and issue bounties to incentivize behaviors in their holder community. $PLAY has also built a full time business on top of Rally.

$PLAY plans to use its grant to build a web-based gaming platform for social tokens.This will allow thousands of game developers to integrate Rally social tokens into their new or existing Unity-based games. This includes a Unity plugin, a server-based Purchasing system and developer portal, a public arcade site to host the games, audience interaction tools for streamers, simple game customization tools for creators, and a coin-specific and Global Leaderboard system. Dave Young, the developer behind $PLAY, is a full-stack developer with 30 years of experience. He has worked on products for companies including Amazon, Lycos, and Warner Bros’ Turbine Games Division.

“After years of grinding on the SAAS treadmill, the Rally ecosystem represents an amazing opportunity for product development,” said Young. “The variety of deep creator verticals represented on the platform combined with cross-creator use cases means there are a large number of exciting high-impact projects simply waiting to be built. Rally has been refreshingly responsive in delivering requested API features and infrastructure enhancements, which is something you just don’t see in 3rd-party developer programs. I left an amazing high-end job as senior architect to dedicate myself to Rally projects full-time. It is by far one of the best decisions I’ve made in my career. There is simply no better opportunity out there today, full stop.”

Bonfire will use its grant to continue building products on its roadmap, including support for gating rewards and benefits with Rally NFTs, exclusive merch and tickets drops, and a “bounty board” to offer customizable coin bounties to members for various forms of community engagement and contribution. Bonfire was founded by Matt Alston and Melissa Zhang. Alston was formerly a product manager at Uber, while Zhang previously worked as an engineer at Coinbase. The company is backed by several notable venture capital firms, including Kleiner Perkins and Li Jin’s Atelier Ventures.

“Rally has been an amazing community and ecosystem to build in and be a part of,” said Alston. “The pace at which they ship new features for creators and tools for developers is astounding, and we especially love their dedication to making web3 accessible to a more mainstream audience of creative communities. Products like Rally are going to be instrumental to onboarding the next 100m people into web3.”

Using their grant, MintGate plans to develop and implement a widget and token gating API to enable creators to use Creator Coins to gate their content on other platforms, such as Youtube, Vimeo, SoundCloud, and Google Docs. Jennifer Tran, the MintGate founder overseeing the Rally integration, graduated college in 2017 and worked for a developer for several years before founding MintGate in November 2020. She is also joined by four other founders. Since then, the project has graduated from the Tachyon Accelerator hosted by Consensys and Protocol Labs.

“For the past year, MintGate has worked to integrate with over 65+ blockchains in our token gating platform,” said Tran. “We chose to add Rally support since they were at the forefront of providing tools, APIs, and marketing support for developers looking to create apps for social token creators. We felt a part of a community ever since we decided to build on Rally. For any existing projects with support on different blockchains, we encourage you to integrate with Rally. You’ll get experience working with creators and ambassadors 1:1 as well as many more opportunities to contribute right away without needing extensive web3 experience.”

Banking And Insurance Leaders To Join FintechOS Leap To...