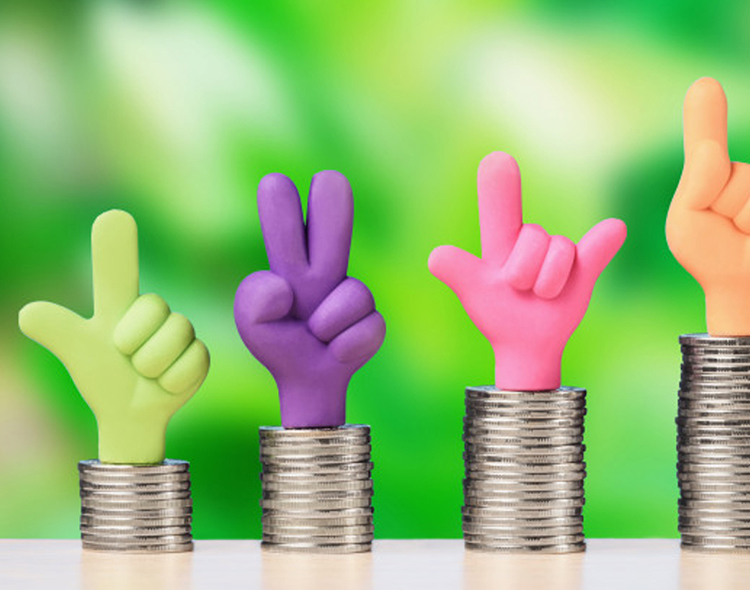 According to Dan Schulman, President and CEO of PayPal, demand for cryptocurrency assets is surging beyond expectations, and he’s predicting a sharp decline in the use of cash. Fellow payment processors Mastercard Incorporated are now embracing the future, and launching a crypto rewards card. But before any cryptocurrencies can facilitate a transaction, they need to be mined. For investors looking to get into crypto mining itself, they can approach through the equipment from manufacturers like NVIDIA Corporation, or innovative mining operations such as Argo Blockchain plc (OTC:ARBKF) and SOS Limited , or even popular livestreaming platform Hello Pal International Inc. (CSE:HP) (OTC:HLLPF).

“Demand on the crypto side has been multiple-fold to what we initially expected. There’s a lot of excitement,” said Schulman in his interview with Time magazine.

It’s this kind of excitement that caused an unprecedented surge in traffic of over 1000% and temporary outage of the website of popular livestreaming platform Hello Pal International Inc., almost immediately after the company announced its entry into the world of cryptocurrency mining—in particular for Dogecoin (DOGE) and Litecoin (LTE).

“The sharp increase in activity on our website and the Hello Pal app validates the clear position we have taken on Dogecoin as well as on cryptocurrency in general,” said Hello Pal’s Founder and Chairman, KL Wong. “We’re ecstatic that our choice of cryptocurrencies to mine seems to have been validated especially by the recent incredible surge in market interest and activity of Dogecoin. As far as we are aware, upon completion of this transaction, we shall be the only publicly listed company with primary exposure to Dogecoin.”

Dogecoin (DOGE) recently surprised the market by breaking out from being simply a “meme currency” and surging 400% to a combined value worth $40 billion.

Thanks to a newly signed agreement, Hello Pal gained access to and additional 12,500 mining rigs dedicated to mining both DOGE and Litecoin (LTC). Now in combination with its strategic partners, Hello Pal has over 40,000 miners available to its users allowing them to own their own miner and start mining BTC, ETH, DOGE and LTC.

“We are excited to expand our crypto strategy to also include Dogecoin and Litecoin, which we believe will play an increasingly important role in the cryptocurrency world going forward,” added Wong. “The Hello Pal community, especially what we envision for it to become, is a natural fit with the Dogecoin/Litecoin community, and this deal allows us to become a key player in it.”

Only recently back in February 2021 was a new chip was developed and announced to be capable of mining both Litecoin and Dogecoin simultaneously—allowing operations like Hello Pal’s to exist.

Now another innovation from NVIDIA Corporation has the crypto mining community on the edge of its seat.

According to leaked tests, Nvidia’s CMP 40HX mining card is performing close to that of the company’s RTX 3060—a popular video card with gamers.

One reason miners are excited by these results is that the CMP 40HX’s performance roughly match the hash rates obtained with an Nvidia RTX 3060 when using a leaked driver that can bypass the company’s mining limiter.

Now the market is hoping this this will persuade miners to purchase more CMP 40HX cards which retail at around $699, instead of CMP 30HX cards that will retail for $599. The card manufacturers say they’ll make at least $150 million on orders of CMP cards placed during the first quarter of this year.

London-based Argo Blockchain plc made headlines across the pond, when it agreed to a deal to construct a mining facility in Texas.

Set to be co-developed with mining facility designer Navier, the new facility will be located in Helios, Texas, and will support 200 megawatts of mining.

“Argo intends to build state-of-the-art mining infrastructure which will not only provide greater control over our operations but also meaningfully expands our mining capacity,” said Argo chief executive Peter Wall. “At this facility we believe we will have access to some of cheapest renewable energy worldwide.”

Chinese-based SOS Limited announced it too would be adding another 575 crypto mining rigs, as the company looks to rapidly expand its mining business.

Ahead of the addition, Vice Chairman, Russell Krauss stated that SOS had 10,000 crypto-miners, 50% of which are already in operations delivering BTC revenues, while the other 50% was being installed.

“Although the cryptocurrency prices, such as BTC prices, might continue to fluctuate, we believe the big general trend for and cycle of cryptocurrencies are still upward,” said Yandai Wang, Chairman of SOS. “As institutional investors have been becoming one significant driving force behind cryptocurrencies, such as BTC and ETH, which will be utilized as a hedge against ongoing quantitative easing by sovereign currencies, therefore, we remain committed to be very confident about our long-term strategic investment in cryptocurrencies operation.”

Lastly, the fintech world appears to be embracing cryptocurrency for the long haul also, as Mastercard Incorporated made a deal with popular crypto exchange Gemini to launch a crypto loyalty rewards program.

Beginning this summer, users of the card will receive up to 3% in bitcoin or other cryptocurrencies on their purchases, the companies said in a statement, with the digital currency deposited in the cardholder’s Gemini account.

“As consumers go about spending in various acceptance locations, now they get a chance to earn reward in the form of crypto,” said Raj Dhamodharan, Mastercard’s head of digital assets and blockchain products & partnerships.

Gemini has already launched a waitlist for those who wish to obtain the new credit card, which will be available in metal and have no annual fee.

Diem Announces Partnership with Silvergate and Strategic Shift to...