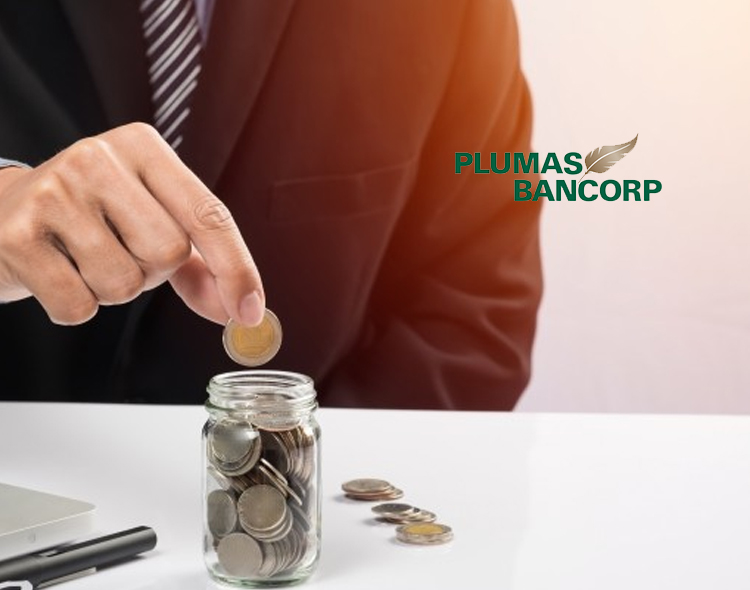 Pursuant to the terms of the merger agreement between Plumas and Feather River, each issued and outstanding share of common stock of Feather River (the “Common Shares”), was converted into the right to receive, at the election of each holder of Common Shares, either shares of common stock of Plumas or cash. Shareholder elections were subject to proration such that aggregate merger consideration payable by Plumas was comprised of $4,735,184 in cash and 598,129 shares of Plumas common stock. Holders of Common Shares received either $19.14 in cash or 0.6138 shares of Plumas common stock per Common Share. The value of the total deal consideration was approximately $23.4 million, based upon volume-weighted average trading price of Plumas common stock for the 10 trading days ending on the last trading day immediately preceding July 1, 2021, the closing date of the Merger. In accordance with the merger agreement, Plumas appointed Julie Morehead, Feather River’s President and Chief Executive Officer, to the board of directors of Plumas and Plumas Bank effective as of July 1, 2021. A lifetime and third generation Yuba City resident, Ms. Morehead is a career bank executive and has been with Bank of Feather River since 2008. “We are pleased to welcome the clients, employees, and shareholders of Feather River,” said Andrew J. Ryback, President and Chief Executive Officer, Plumas Bancorp. “From Quincy to Yuba City, our companies share a connection to the people and businesses who have built their livelihoods alongside California’s Feather River. Bringing together the team of local experts at Bank of Feather River with Plumas Bank’s technology and small business expertise increases the banking services available in the Yuba City marketplace. We look forward to providing long-term value to our combined shareholders, clients, team members, and communities we serve.”

AssetMark Closes on the Acquisition of Voyant

Digital Wallet Opportunities in Middle East and Africa: By Omdia

EBANX and Amazon Announce Partnership in Colombia During the...

Fareway Grows Payment Options with Acceptance of PayPal and...

VoPay and Plexflow Join Forces to Simplify Payments for...