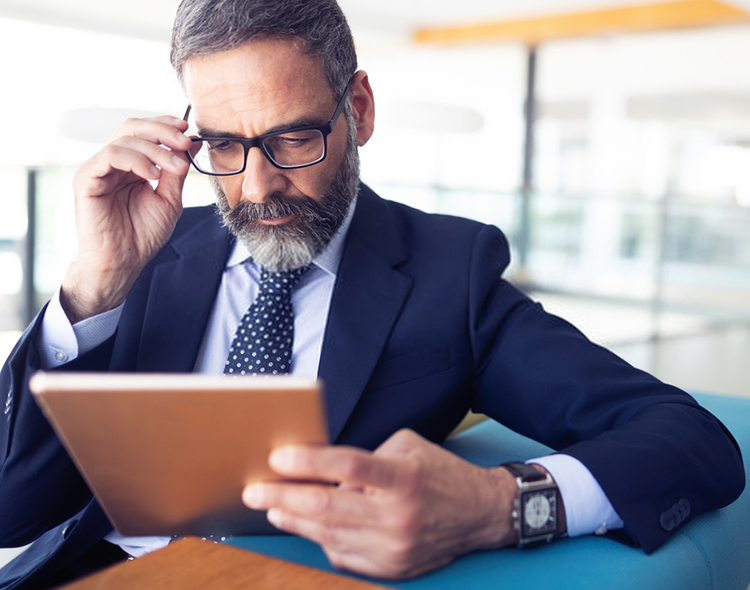 In this Fintech company primer, we will extend the idea of Financial technologies. Let’s understand how these fintech players influence modern connections in the B2B technology space.

This could feature the conventional bank-based savings account, insurance, and mortgage reporting to the latest cryptocurrency craze.

Recommended: Importance of Cyber Resilience for Financial Stability in the Modern Digital Era

We can categorize fintech into four areas namely- payment techs, digital lending techs, digital wealth tech, and blockchain as these sectors have seen the most growth factor along with technological disruptive nature.

Financial services have witnessed a tremendous amount of revolution in many of their offerings with the advent of various techs such as Blockchain, Machine Learning(ML), Artificial intelligence(AI), Big Data, and Data Science.

‘’Unicorn’’ is termed as any venture capital entity which is privately managed and is a startup with a value of over $1Billion. As per available reports, the United States has the maximum number of unicorns at 804, China is at the second position with 217 unicorns, and India is tipping the UK to become the third country with 84 unicorns. Though Unicorns can be from any sector, there are only 265 Fintech Unicorns as per data.

On average the period to attain Unicorn status for Series A funding is approx. 4years and the average funding is estimated to be $245M. The year 2021 witnessed rapid growth in terms of Fintech Unicorns and a whopping 126 companies attained that stature.

Auto tech has the maximum 91 unicorns, Health-tech with 69 followed by cybersecurity with 45, Life Sciences with 46, Logistics with 42, and Real Estate with 40 unicorns each.

It has to be mentioned here that being a Unicorn doesn’t guarantee success in the market. According to data reported by Startup Genome, the failure rate is as high as 90%, and to add to it around 75% cannot guarantee ROI but over a 10-year bracket.

Let us review a few fintech companies and understand the nature of their operation:

It is the biggest and first peer-to-peer trading and fintech company for all crypto entities. It contains various collectibles, virtual items, art, gaming pieces, and any other product that can be supported by the blockchain system. Everyone can make purchases by using a smart wallet. It is funded by YCombinator, Coinbase Ventures, Blockchain Capital, Founders Fund, and 1Confirmation.

OpenSea clocked revenue of $1.2Bn this year and has a total backup of $427M. The valuation stands at $13.3Bn. They have around 620 employees.

The company’s top focus is on making and assisting blockchain and digital currency using their network for better financial experience and to enhance the growth factor. DCG has actively invested in more than 130 companies across the globe and boasts of companies like Circle, Ledger, Ripple, and Coinbase.

It has total funding of over $1.3Bn and has clocked $1Bn revenue. It has a manpower strength of 67 employees.

Stripe deals in a lot of products and its services vary from payments, invoicing, billing, and in-person payments. It also deals with card issuing, fraud & risk management, customized reports, carbon removal, online identity verification, and various other automation that make the ease of doing business stress-free.

One97, which is popular by the name Paytm in India is the most valued fintech company with a $5Bn valuation. It largely deals in e-commerce payments, and mobile internet and utilizes the e-wallet Paytm to make transactions with potential customers.

Kabbage founded in 2008 in the USA offers automated lines of credit for up to $200,000 in a short period.  It also launched a payment processing app to help small traders effectively manage invoices and receivables. With the current valuation being $1.2Bn, with revenue at $200M in 2021.

NextPlay incorporates the perfect balance and enriches its users with games, visual apparatus as well as insights about tourism. As projected it has acquired Fighter-based publishing Inc. along with the Make It Games (MIG) platform in 2022. With a robust 4.2 revenue clocking in the last quarter, its valuation has reached $0.6Bn.

Plaid with a $13.4Bn Valuation and revenue clocking at $190.9m works as an intermediary between users and the banking system. It prides itself on building a secure but passionate financial ecosystem that helps users and banking entities in unison. It has headquarters in San Fransisco, California.

JPMorgan Chase & Co. is the biggest bank in the USA, and concerning market capitalization, it is the world’s largest. It is based out of New York City and started initially in Delaware. With a valuation of $311.9Bn and revenue at $127M, it holds a whopping $3.831Trillion in assets which makes it the 5th largest bank in this world.

Visa works by providing payment infrastructure to banks, governments, other financial institutions, and consumers. It is not in the business of issuing cards; it only assists financial firms with programs/ products that in turn are used by their customers. With a revenue of $21.84 Billion, it is one of the biggest companies around. Visa’s current valuation stands at $469.42 Billion and has 21,500 employees.

With the advent of new and disruptive new tech, even fintech needs to keep abreast with the changes. Machine Learning(ML) and Artificial Intelligence(AI) with their adaptive behavioral capability will help users to negate tasks and even make suggestions based on that user’s online behavior. Tech will also play a major role in eliminating or reducing the risk factors in the online world and keeping transactions secure.

Salesfoce.com offers the FCS to a variety of establishments which in turn can become more efficient in their operations due to this. Wealth management, retail, commercial banking, and insurance companies are few who will benefit the most by utilizing this particular product.

Though initially FSC was formulated to support wealth management, it has now been enhanced to incorporate the other aspects as well. The formulation and execution lie in the custom-made system which helps bankers, agents, advisors, and other users to service the requirements of their clients in a much better way.

The role of AI in finance is far and wide. From enhancing user experience to providing extra security, AIs’ role is of utmost importance and vital. Fintech companies are building new products based on AI which is causing disruption in the market and propelling them to attain new markets. AI and Big Data will soon become the mainstay for the majority of financial organizations.

Western Union did the 1st electronic fund transfer (EFT) in 1871. With the advent of the world wide web and its subsequent developments digital form of payment has become the new norm for all of us. But with this comes the risk of data theft which can be very disastrous for any organization and the public in general. Many sports personalities accepting payments or part of it via blockchain have given the desired push towards popularizing the cryptocurrency world.

Cross-border payments are any transactions that are performed between two entities that are not in the same country. It can happen between individual and company, company to company, person to person, etc.

Jupiter Research predicts that the volume of cross-border transactions will go beyond $35trilllion by 2022.

Mobile wallets are the electronic version of services that enables users to utilize bank accounts and transactional products such as credit or debit cards. It can be labeled as a more protected and convenient way to carry and utilize your assets.

Due to the highly volatile nature of the business financial institutions are the most guarded and controlled entities in the world. The same can be said about the regulations that one has to follow and the cause of concern for governments around the world.

Present scenario of Fintech regulations across the globe:

Despite having 30% of the fintech companies US has not incorporated a legal structure to administer these companies. The individual states are still the authoritative entity and tend to drive the companies as per their preference.

Even the UK has not underlaid any framework to control or monitor this new and growing fintech domain. With almost 2000 start-ups in the market, these companies are regulated under various basic factors like size or the nature of the company.

The COVID-19 impact has resulted in the slow growth of fintech companies in this region, despite that, an estimated 2400 companies are trying to establish and fight for their space. Amidst hope that EU regulators will ease the framework and companies will be able to fare better against their counterparts.

Swiss Financial Market Supervisory Authority(FINMA) is the chief regulator in this country and the local government has fully supported the growth of Fintech Companies. The government also launched a less constricted norm for attaining licenses for fintech companies during the COVID-19.

The fintech market in Australia is regulated by the Australian Prudential Regulatory Authority(APRA) and the Australian Securities and Investments Commission (ASIC). They have stringent norms for those companies operating from there.

Despite being a major Fintech market, China also doesn’t have any regulators as such. The People’s Bank of China and the government are authoritative in their framework. The government did introduce a sandbox module for major cities which included Beijing.

As observed from the above data that across the globe the regulations are still in the initial phase and it is more likely to get stricter as time goes by. Fintech companies must adhere to these norms so that their operations remain unscathed.

Below are a few good pointers to ensure the basic is met:

Getting legal paperwork done is of utmost priority

Before setting up the company, concerned personnel should know about the regulatory issues about the land and what are the clauses that the company must follow to operate. Hiring a good lawyer with knowledge in this department would be beneficial in the longer run.

Be very strict in maintaining user information and keeping it safe

The recent data theft has shown the risk of such emerging companies. To prevent the same companies must use proper encryption to ensure the data is safe from hackers. Also until an amalgamated outline is not introduced by the governments, Fintech companies have to acquire licenses as and when needed: BitLicense, Money Transmitter License, etc.

The cause of concern for this particular clause is that over $10Bn worth of fines were imposed on financial entities in 2020 alone. Fintech companies must adhere to AML, and KYC diligently as they are the most preferred way for hackers to target and malign the institutions.

Importance of KYC in Fintech

Fintech company’s volume of business grows at a very fast pace and so does the data being collected and that gets accumulated. Without proper KYC there is a high probability of intermingling of these data that would lead to chaos in the future and high regulatory fines could be the result.

Tie up with established corporations

New fintech companies to avoid the hassles of all the regulations can get associated with a bigger brand. This would result in a smooth transition and would save the entity in financial terms too.

Future Regulations would hold the key

Many countries are trying to gauge and implement strategies to tackle the smooth onboarding of these high-risk entities without disrupting the ecosystem. Sandbox creation has been put into practice by many countries. Many US states have amended their law books by allowing the creation of sandboxes to cater to the fintech companies.

Fintech Staff Writer is a trained content marketing professional with multiple years of experience in journalism and financial technology blogging. A Fintech Staff writer covers latest trends and updates on Digital payments, blockchain and crypto markets, AI ML, and Fintech governance. To set up a call with our Fintech Staff writer, please write to us at sghosh@martechseries.com

GlobalFintechSeries Interview with Chyna Qu, Co-Founder and COO at DeFiner