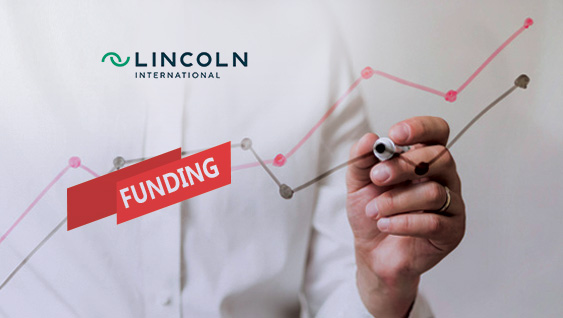 Even as the stock market continues a relentless 10-year bull run, Lincoln International (Lincoln), a leading global investment banking advisory firm, finds that in America’s middle market, growth has begun to slow. This is according to the Lincoln Middle Market Index (Lincoln MMI), released , which measures changes in the enterprise values of private middle market companies over time.

As of the third quarter, the Lincoln MMI grew by only 1.4%—the second lowest in the last two years and the lowest level since Q4 2018. Ron Kahn, Co-head of Lincoln’s Valuations and Opinions practice explained, “The stock market continues to reach record highs, and while positive enterprise value growth has sustained itself in the middle market, lower growth in cyclical and lower cash flow generating industries have led to a drag on overall performance of the Lincoln MMI. When you peel back the onion, the growth we’re seeing is isolated to specific industries: recession resilient sectors like software and healthcare with strong cash flows.”

An analysis of fundamental performance illustrates the average EBITDA of all middle market companies in the proprietary database increased by 2.6% in Q3 2019 compared to Q3 2018 with companies operating in the Technology, Healthcare, and Business Services industries driving much of the observed growth.

“While the increase in the Lincoln MMI was aided by both increases in market multiples and earnings, growth in the index has been losing momentum in recent quarters. This trend will be important to watch in Q4 and 2020, particularly in low cash flow and cyclical industries,” added Professor Steve Kaplan, Neubauer Distinguished Service Professor of Entrepreneurship and Finance at the University of Chicago Booth School of Business, who assists and advises Lincoln on the Lincoln MMI.

Middle Market Companies Turn to the Debt Club Markets
As earning growth has varied by industry and growth in the Lincoln MMI has slowed, a noticeable bifurcation has also developed in the credit markets between better quality, higher rated credit instruments versus those with lower ratings.

Since the start of the year, BB credit spreads have decreased, whereas B credits have increased. However, while spreads in the broadly syndicated market for B rated credits have increased, the private direct lending market, also known as the club market, continues to remain highly competitive with minimal changes in spreads in the third quarter of 2019. In addition, hold sizes by many direct lenders have increased, as capital has flowed into this market, with over thirty-five lenders having the ability to hold at least $100.0 million.

In essence, this means that while companies that have higher ratings will still be able to turn to the broadly syndicated markets for debt financing, many middle market companies are turning to the direct lending markets to finance their transactions.

The club market, which expanded tremendously in the wake of the last recession, experienced unprecedented growth in the last year and a half and financings of up to a billion dollars has become possible. Investors willing to take on extra risk by backing theoretically lower rated companies, may be able to achieve higher returns than are seen in the broadly syndicated markets—without the same scrutiny as widely publicized broadly syndicated market investments.

“Coming off one of the slowest growing quarters since the inception of the Lincoln MMI in 2014, it will be interesting to see whether the bifurcation in the performance of cyclical vs non-cyclical companies continues, and how these different industry verticals access the debt markets. We believe that the current tale of two credit markets will continue as the broadly syndicated market continues to favor stable and consistent earning companies while the private debt market continues to exhibit an ability to structure around cyclical issues and achieve above average returns for taking on this added risk,” Ron Kahn concluded.

2021 Ushers In One Of The Biggest Innovations For The Payroll Industry:...

Global Payments to Participate in Barclays Emerging Payments and...

BillingPlatform and GoCardless Partner to Accelerate Quote-to-Cash Processes and...

Crypto.com Expands Its Crypto Card to 31 Countries in...