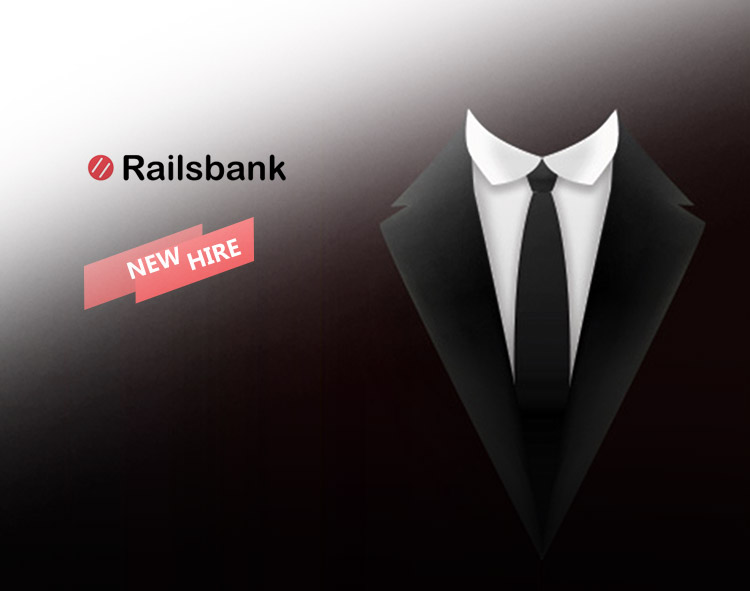 Railsbank, the leading global open banking platform, announced the appointment of Louisa Murray as its Chief Operating Officer (COO) for UK and Europe, effective immediately. The announcement follows the recent appointments of Dov Marmor as COO for North America and Justin Xiao as COO for Southeast Asia.

In this newly-created role, Murray will focus on driving Railsbank’s continued expansion and helping the company build on its hard-earned position as the pre-eminent Banking-as-a-Service (BaaS) player in the region. The announcement follows Railsbank’s recent USD37 million growth funding round, co-led by MiddleGame Ventures and Ventura Capital.

Speaking of her appointment, Murray said: “I am honoured to take on this new role to help Railsbank execute its ambitious vision to democratise and embed financial services, and drive forward the open API economy.”

Prior to taking on her new role, Murray was Railsbank’s Head of Sales, leading the company’s growth strategy across business units and regions, as well as overseeing global marketing activities.

The appointment builds on the company’s announcement in August about the acquisition of Wirecard Card Solutions’ card technology, UK and European clients and certain employees, making Railsbank the leading BaaS platform in Europe.

Nigel Verdon, co-founder and CEO of Railsbank, said: “Louisa has been a trusted and instrumental part of our team from pretty much the outset. She is a pioneer in our industry and will help take Railsbank to new heights. Not surprising for a former GB junior show jumping team member.”

Murray’s career spans more than 30 years in the financial services sector. She made her mark early on as one of the first female derivative traders at Barclays and CIBC and has been recently named a ‘Rising Woman in Crypto’ by Wirex and The Fintech Times.

Mission Prosperity pre-ICO is set for a launch date...