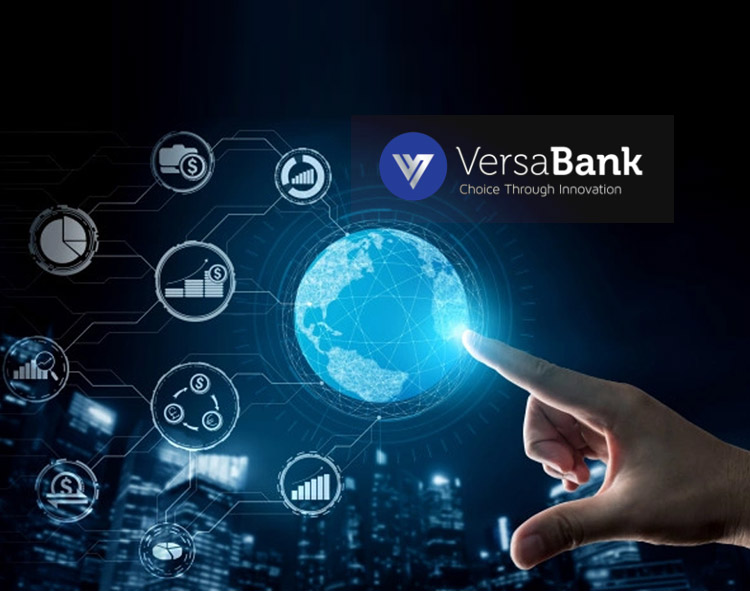 VersaBank, a North American leader in business-to-business digital banking and technology solutions for cybersecurity, today announced it plans to launch a strong encryption based digital currency (cryptocurrency) represented one-to-one by a Canadian dollar bank deposit with the Bank, to be known as VCAD.  VCAD is expected to be the first digital currency to represent a fiat currency, as well as the first in the world digital currency issued by and backed by deposits with a North American bank.  As such, VCAD will offer the highest level of stability and security amongst all digital currencies in the market today.

Read More: 2021 Promises to be the Year that Ushers in DeFi, A New Era of Finance Based On Blockchain Technology

VersaBank has entered into a strategic partnership with Stablecorp, a joint venture between Canada’s leading crypto asset manager, 3iQ, and Mavennet, a Canadian leader in blockchain development, to commercially launch VCAD. VCAD is based on VersaBank’s proprietary banking software and the digital currency issuance processes for VCAD will be securely managed via VersaVault®, VersaBank subsidiary, DRT Cyber Inc.’s (“DRT Cyber”), world leading digital bank vault designed to secure digital assets.  The Bank is targeting public availability of VCAD in the coming months.

Consistent with VersaBank’s highly efficient, business-to-business model, VCAD will be issued by VersaBank to financial intermediary partners in exchange for Canadian dollar deposits with the Bank utilizing “smart contracts”, a more highly encrypted iteration of the Bank’s existing digital deposit contracts.  VersaBank’s partners will then offer VCAD directly to individuals and businesses, who can use them for commerce and redeem them for Canadian dollars at any time.  VCAD creates a significant new low-cost deposit source for VersaBank as it experiences record loan growth.

“As North America’s first bank-issued “stablecoin”, VCAD offers consumers and businesses the ability to adopt and leverage the benefits of digital currency and blockchain-based assets without the volatility of traditional currencies, alongside the security of a value-backed asset that the cryptocurrency world has long demanded,” said David Taylor, President of both VersaBank and its cyber security subsidiary, DRT Cyber. “Consumers and businesses purchasing products and services with VCAD will finally know the precise value of their digital currency when executing these transactions.”

Mr. Taylor added, “VersaBank was the very first digital bank nearly 30 years ago and has continuously been a pioneer in digital banking in the decades since.  Digital currencies are the natural evolution of the world’s payment systems, and the launch of VCAD is a natural extension of our digital banking operations as we once again leverage our in-house technology to lead the banking industry.  We are proud to work with our partner, Stablecorp, on this industry first.”

“We are thrilled to partner with VersaBank, a Schedule I Canadian bank, to offer a digital currency that addresses the two major shortcomings of the traditional cryptocurrency market – volatility and security,” said Jean Desgagne, CEO, Stablecorp. “VCAD provides consumers with not only the security afforded by an underlying deposit with a Canadian chartered bank but also the comfort of knowing that each VCAD issued or redeemed will always have one-to-one value with the Canadian dollar.  With such clear benefits, we are highly confident in the demand for VCAD as digital currencies increasingly become part of mainstream financial transactions.”

In addition to VCAD, under their partnership, VersaBank and Stablecorp plan to work together towards the development and launch of “VUS” and “VEuro”, deposit-based, US dollar and Euro versions of the VersaBank digital currency.

Read More: How Blockchain and DeFi are Impacting Fintech

Wolters Kluwer Launches New Solution for All US Banks and Credit Unions...