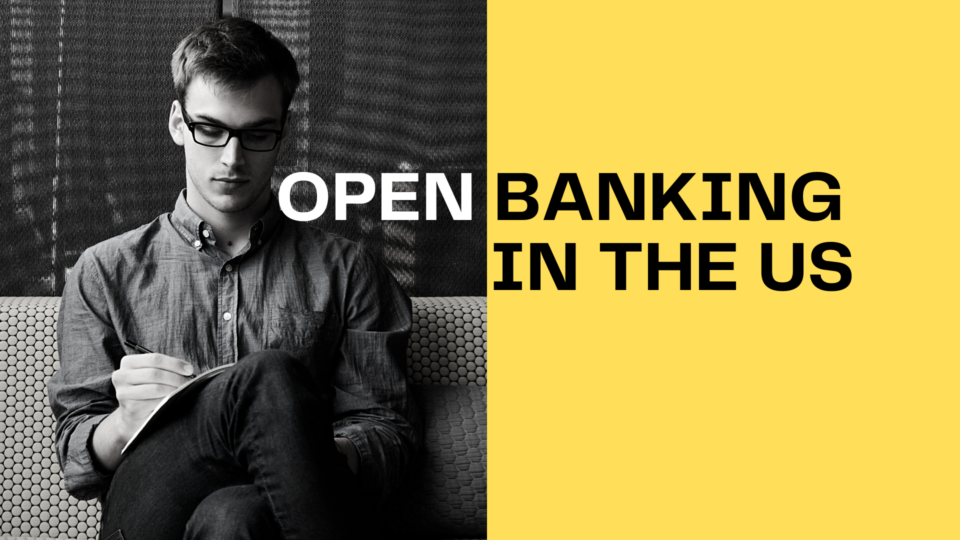 Editorials are rife at the start of each year, offering predictions and analysis on hot trends in any industry – and fintech is no different. In 2021, our corner of the world seems to be obsessed with two words that are touted to be the next big thing: ‘open banking’.

Trends in payments are often loudly proclaimed but slow to materialize. It takes time to build momentum, but once it starts, the trend in question eventually becomes unstoppable. The transition from cash to cards, for example, started many decades ago and has only recently gathered such momentum that many now worry the last remaining adopters will be ”left behind.”

Open banking may follow the same pattern. Depending on where you are in the world, it is anywhere on the spectrum from just starting to stir the imagination to reaching an inflection point. What sets open banking apart from previous trends, though, is that in today’s interconnected global economy what happens overseas will challenge and ultimately improve what happens at home. So just what is open banking, how is it developing around the world, and how will it impact the US in 2021?

What is open banking?

‘Open banking,’ as the name suggests, is designed to open up access to banking data to provide consumers and businesses better services that can save them time and money.

Open banking use cases broadly fall into two categories. The first is account information services (AIS), which allow the aggregation of financial data from different sources. This creates a vastly better customer experience when, for example, applying for a mortgage. Instead of manually aggregating statements and documents from multiple providers, open banking enables you to organize all of the information digitally – and through one platform.

Payment initiation services (PIS) is the second category. It enables instant bank-to-bank payments without the need for a card, digital wallet, or direct debit mandate. Fraud prevention is also a benefit. If a customer pays with open banking on a third-party site, they will be prompted to log into their banking account to verify that they are, indeed, the account holder.

How does the US fit in?

Around the world there are generally two approaches countries have taken to implement open banking: regulatory-led or industry-led.

Open banking in the UK and EU is an example of the former. The second Payment Services Directive (PSD2) mandated open banking as part of a drive to create more competition, ultimately boosting innovation and delivering better outcomes for consumers. In these two markets, the rollout of open banking is overseen by regulatory and pan-industry bodies.

As a result, open banking is evolving relatively quickly. According to recent data, 294 regulated providers were in the open banking ecosystem as of December 2020, of which 102 have live offerings in the market. Additionally, over 4 million open banking payments were made in 2020, up from 320,000 in 2018.

This is in stark contrast to the US. The country has taken more of a laissez-faire regulatory approach, resulting in what could instead be described as ‘closed banking’ – banks are being pushed to offer APIs, but often these are private rather than public, and not standardized. As open banking gathers pace around the world, the difference in the speed of open banking development between the US and other countries will start to become more obvious.

That the US is lagging has important implications for the competitiveness of domestic businesses abroad. The country of the customer is what matters for open banking, not the country of the merchant. America is home to the largest global companies, and merchants in the US will see some of their problems – or those of their competitors – solved by using open banking variants around the world. To avoid being left behind, we expect 2021 to be a year when American businesses start clamoring for something more to be done domestically.

There are also wider market consequences if the US maintains its current path in developing ‘closed,’ private APIs. This could lead to the emergence of an oligopoly where only two or three companies have access to bank APIs and economies of scale. Subsequently, the spirit of the open banking movement – that of enabling more competition and innovation, ultimately benefiting consumers – would be stymied and we would see a re-creation of the card oligopoly currently found in the payments space.

Given all the talk around open banking recently – but few products launched in this space in the US – you might think its ‘transformative power’ is all hype. However, 2021 will be the year many companies, will enter the market with AIS and PIS capabilities. Over time, we see open banking payments mounting a very credible challenge to the dominance of cards once consumers and businesses alike experience the advantages.

As 2021 rolls on, creative minds will start to harness the power of open banking in the US, shaping the future of financial services. Exactly what that future will look like is unclear. But one thing is certain: the impact of open banking is just beginning to emerge.

Digital payments in India projected to reach $10 trillion by 2026: PhonePe...

Harris Williams Advises Prima Solutions on the Sale of...