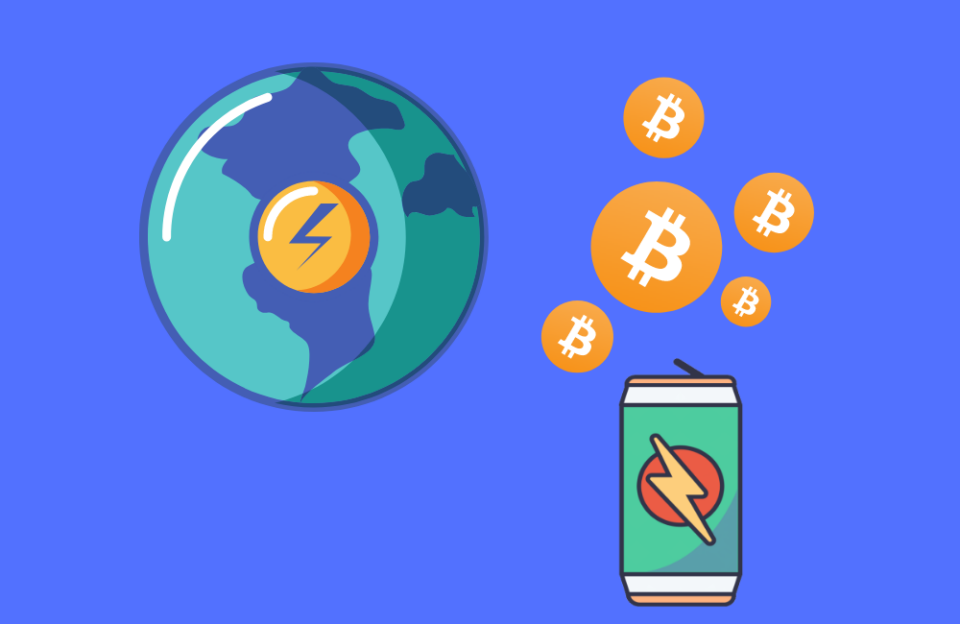 In a recent Bitcoin adoption news, it was declared that North Vancouver is slated to become the world’s first city to be heated by cryptocurrency! In recent months, Bitcoin prices may have caused a lot of strife and anxiety among crypto traders, but the legacy of this unique platform doesn’t seem to be fading at all. In fact, a diverse group of industries has begun to explore Bitcoin as a uniform trading option across payments and transactions operations. Energy management and cleantech are among the top adoption centers that have recently emerged as the new marketplaces for crypto payments.

Bitcoin has emerged as one of the fastest-growing technologies in recent months. Its popularity has taken everyone by sheer delight, and its future can be clearly understood from the way Bitcoin technology is influencing other tech industries, such as Clean Energy technology or Cleantech.

North Vancouver became one of the first major districts to adopt cleaner energy alternatives in 2020. In December 2020, the district council approved a low carbon approach toward BC Energy Step Code. BC Energy Step Code is a provincial standard that provides an incremental and consistent approach to achieving more energy-efficient buildings.

Who is pushing the cleantech drive in North Vancouver?

The company is called MintGreen.

The City of North Vancouver, British Columbia, runs on a hydronic district energy system that delivers heat to 100 residential and commercial buildings. Lonsdale Energy Corporation (LEC), the award-winning district energy utility wholly owned by the City, is on a decarbonization journey to implement more renewable and clean energy, transitioning from the use of conventional natural gas. The buildings sector presently accounts for 40% of carbon emissions in urban areas, but district energy creates an opportunity to reduce the urban carbon footprint through the integration of innovative new technologies.

In 2022, the City and LEC will be introducing a novel heat source to their district energy system: bitcoin mining. Over the term of the engagement, MintGreen’s Digital Boilers will prevent 20,000 tonnes of GHGs from entering the atmosphere per MW compared to natural gas. Production of both bitcoin and usable thermal energy positions the Digital Boilers to be the cost leading low-carbon heating technology.

MintGreen has emerged as the biggest driving force in the Canadian cleantech cryptocurrency mining marketplace.

MintGreen is disrupting the bitcoin mining industry. Their proprietary Digital Boilers recover more than 96% of the electricity used for bitcoin mining in the form of heat energy that can be used to sustainably heat communities and service industrial processes. Cryptocurrency miners run at full capacity 365 days a year, which creates the unique opportunity to provide a reliable and clean heating baseload for North Vancouver’s district energy system.

Lonsdale Energy Corporation CEO, Karsten Veng, commented: “Being partners with MintGreen on this project is very exciting for LEC, in that it’s an innovative and cost-competitive project, and it reinforces the journey LEC is on to support the City’s ambitious greenhouse gas reduction targets.”

District energy as a whole is trending towards clean energy. The 2015 report “District Energy in Cities” by the UN Environment Programme cites: “District energy systems [are emerging] as a best practice approach for providing a local, affordable and low-carbon energy supply. District energy represents a significant opportunity for cities to move towards climate-resilient, resource-efficient and low-carbon pathways.” The UN Climate Report released on August 9, 2021, warns of ‘extreme’ impacts of climate change to come and is urging policymakers to take action. Cities around the world are tightening carbon regulations and increasing carbon taxation. In 2019, the City of North Vancouver Council passed a motion for the City to increase its greenhouse gas reduction targets to achieve net-zero by 2050, and reduce emissions by 80% below 2007 levels by 2040. Further, Canada has proposed a $170 per tonne carbon tax coming into effect in 2029 that will drive up the recurring cost of conventional natural gas.

“The complex issue of climate change requires innovative solutions, and LEC, with the City of North Vancouver, is showing tremendous leadership in environmental stewardship,” said MintGreen CEO, Colin Sullivan. Over 97% of BC Hydro’s energy mix is hydroelectric. Using that energy twice both eliminates waste and makes this project one of the greenest in the space. Veng believes that the MintGreen Digital Boiler pilot could be the launchpad for future expansion opportunities as the City of North Vancouver continues to grow.

The Lonsdale Energy Corporation (LEC) is an award-winning district energy system. LEC has been providing dependable, clean, and competitively priced energy to residential and commercial buildings in the Lonsdale area since 2003. By heating our community naturally, we can significantly reduce the demand for energy and support global and local climate action efforts.

The latest Bitcoin pricing trends revealed a new high in the marketplace. The price highs come as the ProShares Bitcoin Strategy ETF – the first of its kind – launched on the New York Stock Exchange on Tuesday at the opening bell.

Nigel Green, CEO and founder of deVere Group, shared his insights on the world’s dominant cryptocurrency, even as recent reports revealed that Bitcoin price was less than 1% off its all-time high of $64,888.

Nigel says: “The Bitcoin price has gained around 35% since mid-September as interest around the first SEC-approved Bitcoin ETF has grown.

“It’s been seen as a major test to see if mainstream investors are ready to include cryptocurrencies in their portfolios alongside other assets such as stocks and bonds – and it appears, judging by the reaction, that they are.”

He continues: “This will continue to drive not only Bitcoin but the wider digital assets sector, thereby encouraging more ETFs, amongst other crypto vehicles, to be brought to market.

“This will inevitably bring in a growing number and broader range of active market participants, including those using pension funds, and retirement and brokerage accounts.

“The growing interest in and demand for crypto will help maintain the upward trajectory of Bitcoin and other digital currencies in the near term.”