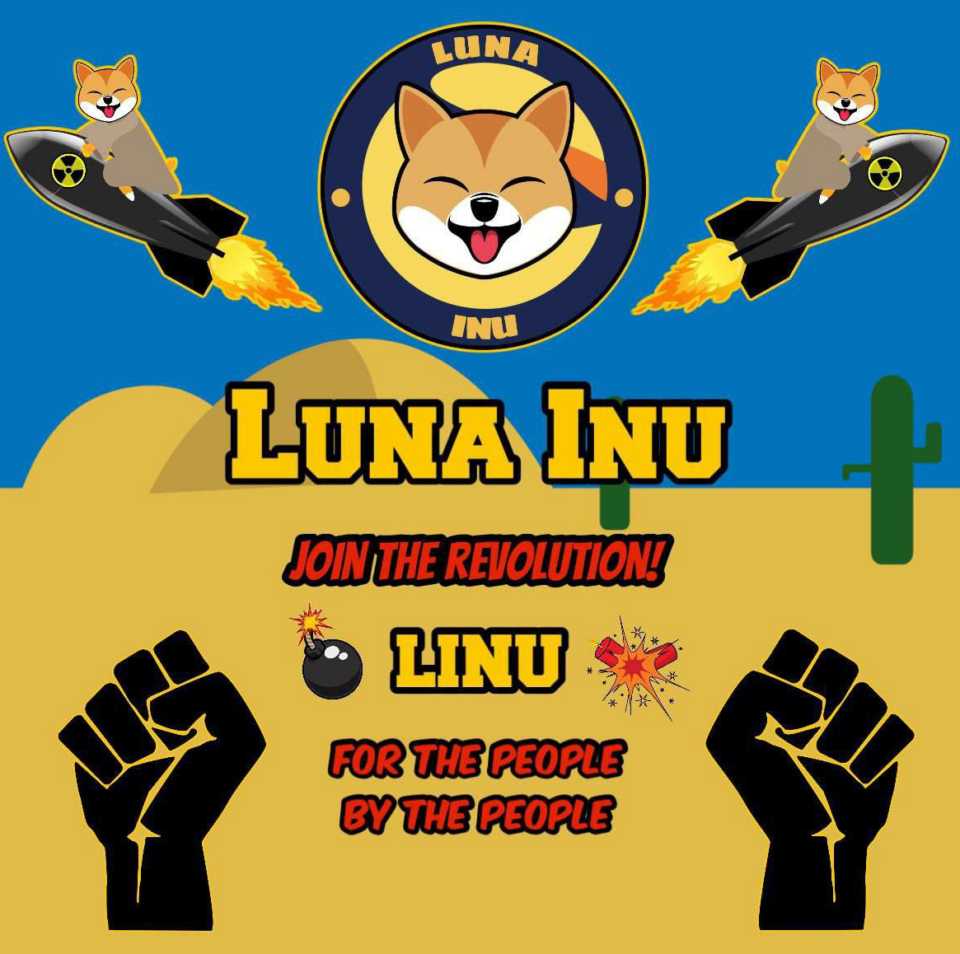 The Luna Inu  team is excited to announce its decentralized and revitalized project. The goal of Luna Inu is to promote decentralization, community-based workflow decision making and company structure, and prevention of scams in the crypto space.

Linu is 100% community-owned and decentralized. Linu’s goals are to propel the crypto industry toward decentralization by using memes as tools for change. The movement was born out of the financial crisis of the Terra Luna collapse, which was a centralized project whose mistakes affected many investors.

The Linu community uses memes, one of the most powerful tools of persuasion and communication in the world, to forge a strong network of allies while having fun. Memes can change the culture of crypto.

The Linu token will be used in a philanthropic way to fund different community led charitable projects and to help victims of scams in crypto. Linu Inu will utilize NFT launches and grassroots crowdfunding to fund these campaigns.

The Luna Inu company structure is also an example to the world that companies can thrive and grow with a decentralized organizational hierarchy. There is a core leadership group of 14 people, but many of the community members at large proactively initiate tasks and campaigns, reporting back to the core team on their progress. These innovations in workflow may be applicable to the corporate world outside of crypto.

The project was created by an anonymous developer on May 15, 2022. The project quickly gained momentum and reached #1 on Dextools trending within the first week and a $15 million USD marketcap. The anonymous founder renounced the token contract on launch so no single entity could control the code.

The anonymous founder then mysteriously vanished. His disappearance threatened the project’s future existence, but the community rallied around the project and revitalized the project in a new, more decentralized direction. Within days, the community restructured leadership, created official social media presence, applied for multiple exchange listings, and launched several marketing campaigns including meme contests.

The company structure is now a grassroots organization with no centralized leader who could potentially harm the project, similar to the way the cryptocurrency Bitcoin is structured.

The Terra Luna collapse affected many lives, and Luna Inu’s main goal is to provide support and relief for those victims. Linu provides a safe community for Terra Luna victims, creates utility for the Linu token through philanthropic efforts, and harnesses creativity through memes to promote messages that go viral.

The code that the Linu token is based on is the Shiba Inu token, a grassroots project that went from obscurity to a top 10 crypto project within months. Shiba Inu was a phenomenon, but it had minimal cultural or societal impact. The goal of Linu is to form a cultural movement based on inclusivity, decentralization, and fairness.

Two professional auditing firms, Tech Audit and Tech Rate, have audited the project to verify the code and its safety for users.

In a two week span, Luna Inu has gained over 1700 token holders and over 2000 social media followers. In addition to the core leadership team of 14 people, there are 3 dedicated meme creators and designers.

Thunes Partners With the World Economic Forum to Power...