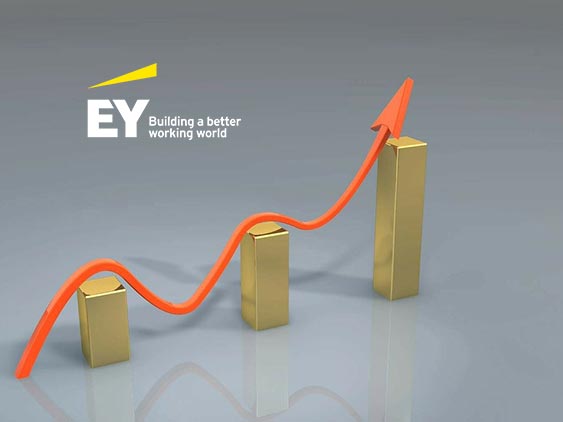 Renewable energy is thriving as market conditions, policy decisions, investment and technology improvements push clean energy to new heights. However, the sector must be careful to navigate bottlenecks that could threaten continued rapid growth. This is according to the 58th EY Renewable Energy Country Attractiveness Index (RECAI), which reveals that the drive to integrate increasing volumes of variable resources is set to put grid infrastructure under significant strain, and the investment required to upgrade and expand energy transmission infrastructure across the globe will be a key challenge.

“With global leaders convening at COP26 in November, we are approaching what could be a watershed moment in combatting the climate crisis. Increasing investment and policy support has enabled renewables growth to continue at breakneck speed. If sustainability goals are to be met, a 50% increase in grid spending could be needed over the next decade as markets adapt for a net-zero future.”

RECAI 58, which ranks the world’s top 40 markets on the attractiveness of their renewable energy investment and deployment opportunities, further explores how markets in Eastern Europe are beginning to intensify their journey to net zero. Compared with Western European economies, Eastern Europe is trailing in its development of green energy infrastructure; only Poland and Hungary are among the RECAI Top 40. Meanwhile, all European nations are navigating their own economic, social and political hurdles to ensure the EU deadline of carbon neutrality is achieved by 2050.

With environment, social and governance (ESG) measures soaring to the top of the agenda for companies and investors, RECAI also highlights that corporate PPAs are emerging as a key driver of clean energy growth. A new PPA Index – introduced in this edition of RECAI – focuses on the attractiveness of renewable power procurement and ranks the growth potential of a nation’s corporate PPA market.

“Coupled with climate change, ESG considerations are still the most significant long-term drivers for renewables investment, as illustrated by the growth of the offsite corporate PPA market across the world. The PPA Index has been introduced in this edition of RECAI to help large corporates make better, more informed decisions as they set ambitious carbon reduction and renewable energy targets.”

US, mainland China and India continue to retain the top three rankings and Indonesia is a new entrant to RECAI

The US continues its top ranking on RECAI and is expected to hold its position as new initiatives are being announced under President Biden. Mainland China and India remain unchanged in the rankings at second and third position respectively, as favorable regulatory and investment conditions continue in these markets.

The connection between the growing hydrogen sector and the renewables sector in markets including Germany, Kazakhstan, the Netherlands, the UK and the US is explored in RECAI, with details of how various models are being deployed to fund investment and reduce risk. Offshore wind developments are highlighted in Japan, the Netherlands, Spain and the UK, with France and Belgium (26th position, up by four) moving up the RECAI ranking having announced plans that will significantly exploit their offshore wind potential.

Also, under the spotlight are policy support and notable government auction rounds for Greece, Spain, Taiwan and the UK. The Philippines (27th position, up by four) has moved up the ranking with an indicated target of achieving 35% renewable energy by 2030, while also setting out its offshore wind road map. And Indonesia is a new entrant to RECAI, having set more ambitious renewables targets and positive policy developments to retire diesel and coal power plants.

FII 5th Anniversary Brings Together 250+ Leaders to Invest in Humanity

Retail Investors and IPOs – A Combined Round-up by Kalkine Media

Pilot Raises $60M Series C to Modernize the Back Office

SmartBiz Loans Named a Best Place to Work in...