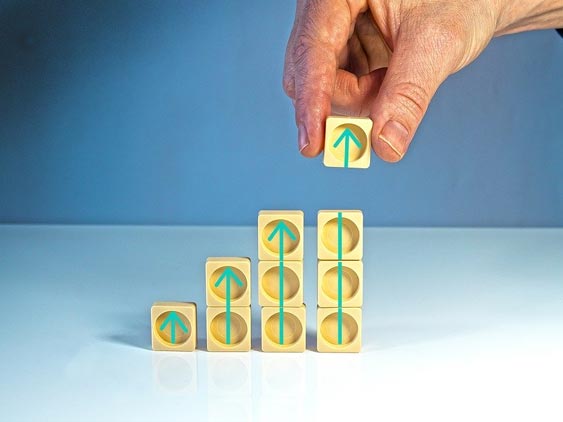 Legendary bond and fixed income investor William H. (Bill) Gross released a new Investment Outlook, “You Only Hang Twice”. In his latest Investment Outlook of 2021, Mr. Gross writes of his recent experience inside the court system, and his belief that the bond market’s “finest hour” is behind it, “and is now a potential target for future bears.” However, while maintaining his previous belief that bonds are still “garbage”, Mr. Gross writes: “The 10-year Treasury now at 1.60% is likely headed to 2% over the next 12 months which is bearish and likely to provide a negative sign in front of 2022 total returns for bond holders, but that is no disaster.”

Just last week I was approached by a Hollywood producer to be the consultant on a new James Bond sequel to be titled “You Only Hang twice”. Having received a restraining order nine months ago in the famous Gilligan’s Island trial, I and my wife Amy had just been sentenced to five days in jail (with time off for community service) for playing 15 minutes of music at 9 pm in our backyard pool. The music was below city decibel limits but was somehow disturbing the peace of our noise-sensitive neighbor. NO police citation was issued but what the heck, a crime must have been committed if the neighbor simply called police and complained he couldn’t sleep at such a late hour.

Enter the hanging judge of the Laguna Beach shore, a 57-year-old lady with pierced nose stud and visible tattoos, to retry and rehang the highly visible target of Bill Gross – ex-Bond King and obviously still “full of himself” senior citizen. She would try me twice, she would hang me twice – thus opening a potential career in Hollywood for me and her at a point in my life when climbing the stairs was taking up an increasing amount of my daily routine. The judge I have since learned only does “restraining order” cases in Orange County, but these two trials encompassing four weeks of court time and hundreds of thousands of dollars in legal fees (a mere $1,200 fine for me though) could presumably be a stepping stone for the judge for greater court assignments. Even the appellate court. But perhaps my fury runneth over a little too much here. Time will tell but in any case, she’ll have a prominent place in the script and may even get to act in her own role. I’m too old for my part it seems. They’re thinking of Jake Gyllenhaal! But I would have preferred Tom Hanks.

Anyway, the interesting part of all this to me was our immediate assignment to the Santa Ana soup kitchen for two days of community service. No orange suit duty on the highway thank goodness, just two days at nearby Santa Ana where coincidentally I had volunteered several times in the past to serve Thanksgiving and Christmas dinners. Like one of my friends remarked at a lunch last week, “Community service? Gross has performed and provided more community service in the past 20 years than anyone in Orange County history!” But no matter – truth, justice, the American way, and judicial ambition would prevail.

But here’s the interesting part. Having volunteered at this same soup kitchen before, I was expecting a similar cast of “down and out” people in need of a hot lunch. Indeed, as Amy and I cut chicken for the soup and fruit for the fruit cups, we were then assigned to pass out what was actually a gorgeous enchilada lunch replete with cheesecake and chips when the doors opened at noon. Due to COVID, however, there was no indoor dining – in fact the new routine featured a drive-through lane where a large percentage of cars were nice SUVs and pickup trucks. “Say what?” I whispered to Amy. Each “customer” was handed a meal with more calories than the ones at a McDonald’s drive-through and in addition, many special requests were fulfilled. No downtrodden homeless people at this soup kitchen! There were vegan meals, gluten-free meals, five kinds of bread, and orders from the cars to skip the meal but to give them mini-sacks of avocados and artichokes for special diets later in the day. There was one request for a feminine hygiene package and several for prophylactics. But not to be outdone, requests for “doggie bites” and cat food kept Amy and I scrambling from noon to 3 pm. “Hundreds were served” to use the McDonald’s phrase, and well served I might add. We worked beside a volunteer who told us he came two days a week to feel good about helping other people. He was a little bedraggled looking and had to take the bus from Long Beach to get there. I told him that was a wonderful gesture but silently thought to myself, “Buddy, you’ve been screwed. They’re living better than you”.

And so perhaps we have all been screwed if the Santa Ana soup kitchen is any example. A trophy for every kid has moved up the maturity ladder to an artichoke for every adult. Many of those requesting vegan were well dressed and apparently not lacking in the finer accoutrements of daily life. “We can’t discriminate against those who have already been discriminated against,” remarked one of the permanent staff. “We can’t deny them twice”. Ah yes I said to myself – I know what you mean.

Over the years it seems, investors have been screwed many times, but usually just the pigs in the well-worn phrase of, “Bulls make money, bears make money, pigs get slaughtered.” Actually, bears have very little to show for their efforts in the past few years except for recent shorts in GameStop and AMC which I continue to recommend shorting with the caution that volcanoes erupt every once in a while. But it’s the bond market that may have seen its finest hour and is now a potential target for future bears. Readers are familiar I’m sure with all of the Fed speak and fears, or lack of fear, about future inflation. Like I’ve recently observed, markets have likely seen their secular, long term lows in interest rates but expectations for a 30-year bear market to match the previous 30-year bull market are way overdone. The 10-year Treasury now at 1.60% is likely headed to 2% over the next 12 months which is bearish and likely to provide a negative sign in front of 2022 total returns for bond holders, but that is no disaster. Bonds are “garbage” like I’d wrote last month but only in the sense that you’d be better off with alternatives like NUAN (a Microsoft acquisition likely to return 8% annualized before year end) or XLRN (a Merck acquisition likely to do the same). Bonds’ “days of wine and roses” may be over but the above artichoke and avocado recommendations may do nicely while investors wait out uncertainties related to the U.S. budget, GDP growth in China, and runups in energy prices as we approach winter in the Northern hemisphere.

My portfolio is also well stocked with natural gas pipeline partnerships that are listed on the NYSE and offer deferred tax payments on dividends that yield 7-10% at current market prices. Individual investors don’t like these companies because of complicated April tax reporting requirements and most mutual funds and institutions don’t buy them because they are technically partnerships and not stocks. Sponsorship therefore is lacking but that is why they yield 7-10% tax deferred. They are of course sensitive to oil prices so be careful but their prospects at $70-80 oil are good and 7-10% will likely be a pretty decent return if interest rates rise even a little toward 2%. For those investors willing to take the plunge, a natural gas pipeline ETF of substantial size that yields 7.2% and is technically a stock — not a partnership — might fill your portfolio needs. Its symbol is AMLP. No guarantees here – prices will fluctuate as they say – but then in this case you can only hang me once. I’ll reserve the second time for a later Investment Outlook!